Naval Patrol Craft of the World (Less than 400 tons)

Staff member
Super Moderator
This thread will be about small patrol vessels of the world, less than 400 tons. Not coast guard cutters, or other civilian government agency vessels (maritime patrol, fisheries, etc.) , but official naval vessels employed by the various navies of the world.

I will start (in the next post) with the US Navy's new Mk VI Patrol Craft of the US Navy.

Other posters can post about other types of patrol craft.

US Navy Mk VI Patrol Craft are the first class of fast patrol boats built for the US Navy since the 1980s. These boats were desinged for brown water, littoral zone operations. They have been designed to replace legacy Mark V Special Operations Craft and other similar craft operated by the US Navy.

Compared to the craft it is replacing, the Mark VI is larger, desinged to be more survivable, armed with better, more modern weapons, stronger, more modern communications, and equiped with modern intelligence, surveillance and reconnaissance (ISR) systems. The Mark VI can perform missions including patrolling shallow areas, search-and-seizure operations, escorting high-value shipping and fleet units in foreign ports, and in support of special operations/forces.

The first Mark VI patrol craft were delivered to the US Navy in August 2014 and were to deploy operationally in spring 2015. Other deliveries continue. The U.S. Navy plans to purchase up to 48 Mark VI patrol boats.

The interior of the Mark VI boats is spacious, with berthing for the crew and shock-absorbing seats for other occupants. These seats and sound deadening berthing spaces and galley allow the crew to operate more comfortably in high sea states. The boats are fully networked with a command, control, communication and computing, surveillance and intelligence (C4SI) suite for enhanced situational awareness, survivability, and multi-mission support, which includes flat screen monitors mounted throughout the vessels, including at the stations/seats for the special operations personnel.

Armor plating to withstand small-arms fire is around key elements such as the engines and fuel tank.

The aluminum-hulled Mark VI is powered by two diesel engines connected to water jets that propel it faster than 35 kn (40 mph; 65 km/h), with a range of 700 nmi (690 mi; 1,100 km) at 30 knots. The reconfigurable main aft cabin can hold payloads like Navy SEAL operators or a medical facility. The rear deck and stern is able to launch and recover small boats, unmanned aerial vehicles (UAVs), and unmanned undersea vehicles (UUVs).

Mark VI boats are able to be transported and deployed by larger Navy ships such LHDs (Landing Helicopter Docks), LPDs (Landing Platform Docks), and LSDs (Landing Ship Docks) which allows them to be carried and deployed anywhere in the world. Each Mark VI costs $15 million

for more pictures and information.

The vessels were developed as a result of a late 1980s requirement of the US Navy to replace the smaller Mk III (65 ft) Vietnam War-era patrol boats used to transport SEAL teams. The first attempt was with a stealthy surface effect ship, the Special Warfare Craft, Medium, or SWCM, with a length of about 83 feet (25 m) and a displacement of 150 long tons (150 t). However, and construction of the prototype was abandoned in 1987. The US Navy then decided to replace the Mk IIIs with a simple development of an existing design. Bollinger Shipyards proposed a development of the Vosper Province-class fast patrol boat and this was selected by the US Navy

At 173 ft., the new design was much larger than the boats that they were to replace. The Navy planned to build of these vessels, but the program was stopped program was stopped at 14 boat when it became apparent that the vessels were just too large for the SEAL delivery role. As a result, the primary mission of the new ships became coastal patrol, interdiction surveillance, littoral operations and full mission support (As opposed to strict delvery) for U.S. Navy SEALs and other special operations forces. These ships thus provide the Naval Special Warfare Command with a fast, reliable platform that can respond to emergency requirements in low intensity conflict environments.

Over time four of these vessels, have been assigned to the US Coast Guard for periods up to eight or nine years. The first in class, was ultimately transferred to the Philippine Navy in 2004, after over 20 years service with the US Navy.

The 13 remaining vessels are all active in the US Navy, with three vessels deployed to the East Coast of the United States, first to Joint Expeditionary Base Little Creek (Virginia), and then to Naval Station Mayport (Florida)...and the other ten vessels are deployed to the Persian Gulf to assist in defending and escorting US interests against possible threats from Iran there.

The vessels are well armed, and have been up-armed over time as new threats, new requirements, and new capabilities have become available. This includes box launchers for Stinger surface to air missiles and for Griffin surface to surface missiles. 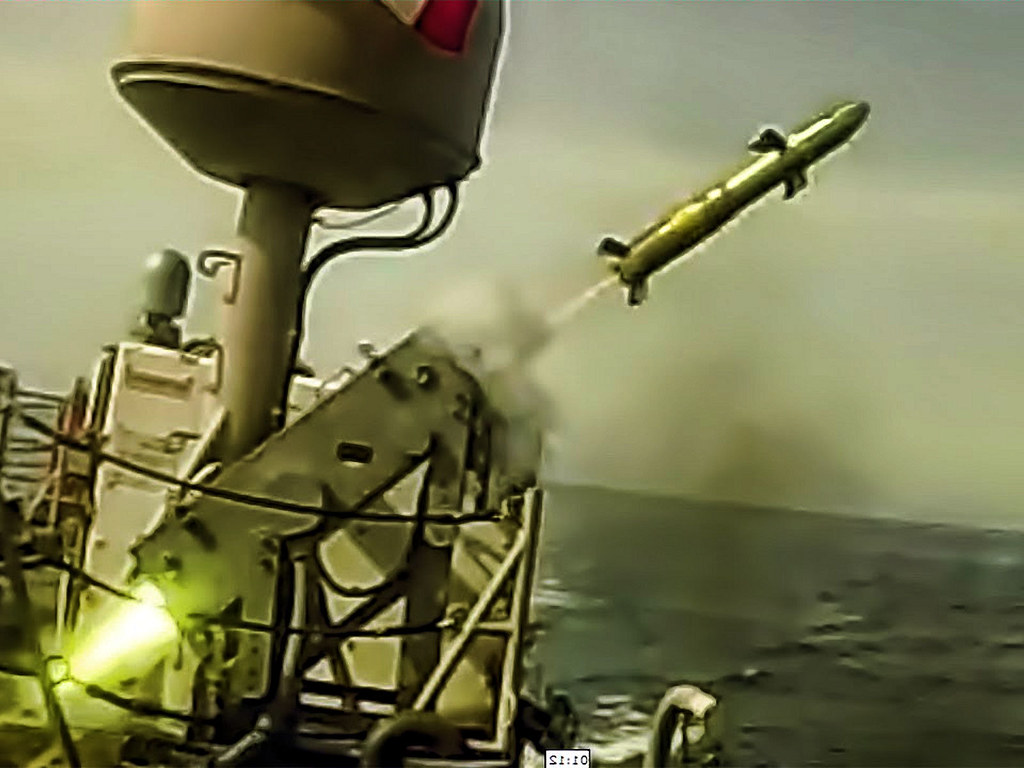 Naval Today said:
Five coastal patrol ships (PC) of the US Navy that have been outfitted with the Griffin Missile System (GMS) conducted a test and proficiency fire June 26-28.

Guided missiles like the GMS enhance the engagement capability of the PCs and will be integrated with existing crew-served weapons allowing the PCs to enhance their capability to defend themselves against small boat threats.

The remaining five PCs in Bahrain are scheduled to receive the GMS by October 2015.
Click to expand... 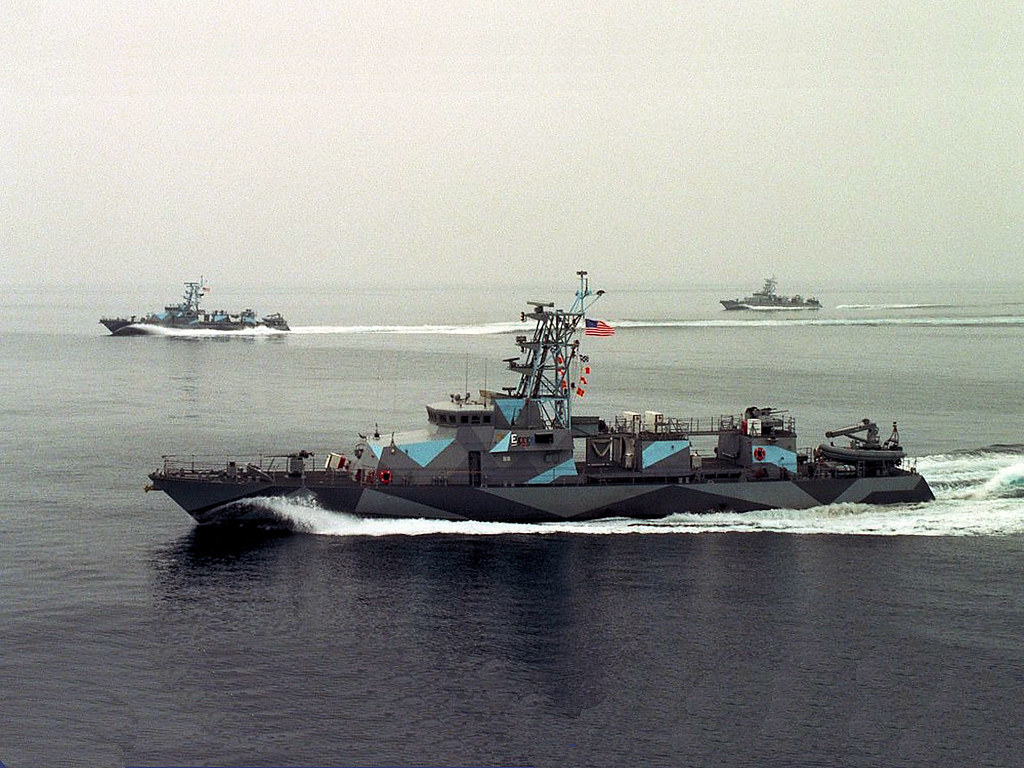 The Kuang Hua VI missile patrol boats were designed to replace the
Please, Log in or Register to view URLs content!
patrol vessels that were in service with the ROCN. The missile boat's design was to be stealthy, therefore not carrying any air or surface search radar on board, except for the navigational radar. The missile boat's targeting is designed to come from via data link from shore installations, aircraft, or other vessels.

A total of 31 of these vessels were built for the Republic of China (Taiwan) Navy and commissioned between 2003 and 2011. The vessels are 111 feet long and diplace 171 tons. They are capable of 33 knots and have a 1,000 km range at speed, or a 2,000 km range at reduced speed and have a crew of 19 personnel. They their size, are well armed, carrying four Hsiung Feng II surface to surface missiles, a single 20mm auto cannon, an AV-2 Decoy launcher, and two 7.62mm machine guns.

All 31 vessels are a part of the of the Hai Chiao (Sea Dragon) Guided Missile Boat Group. They have five squadrons of which three, the 1st, 2nd and 5th, are Kuang Hua VI missile boat squadrons. 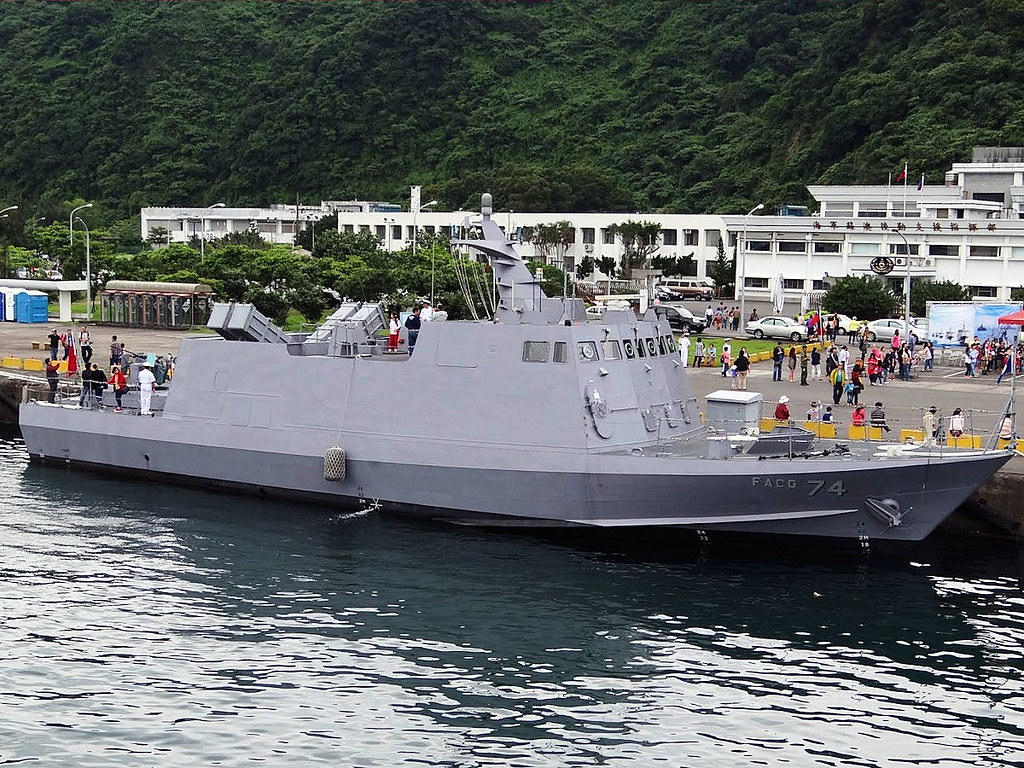 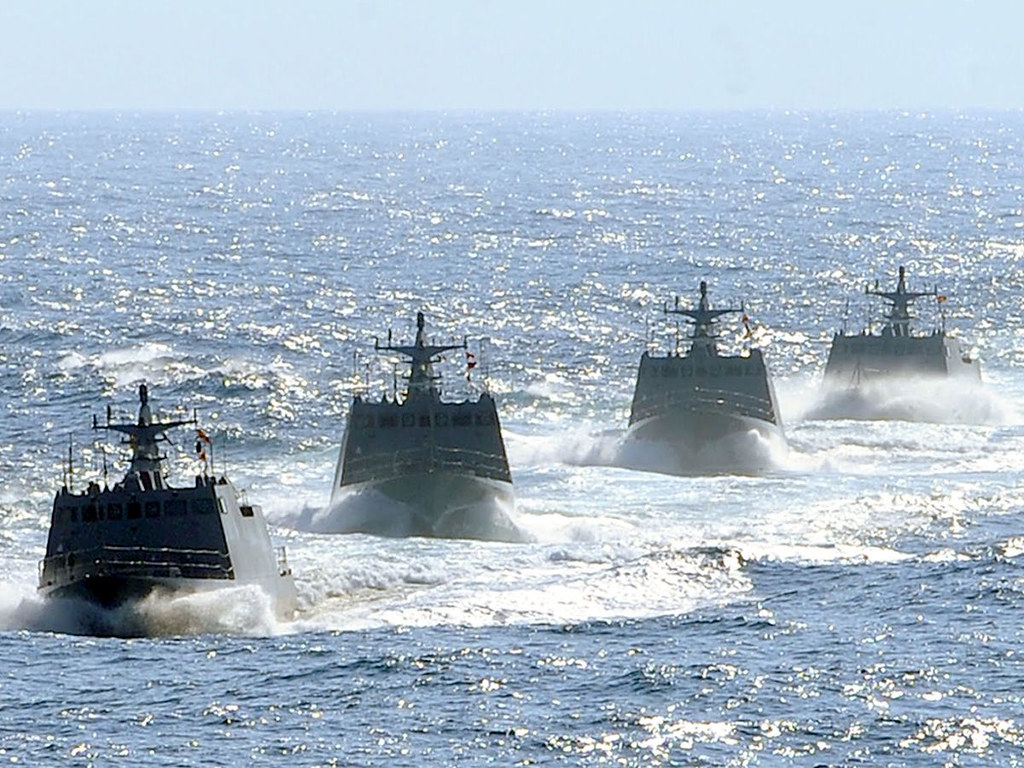 for a more pictures and information.

This brings the total number of Mk VI boats to be built by SAFE Boats to 12.

The Mk VI PB is the Navy’s next generation Patrol Boat and will become a part of the Navy Expeditionary Combat Command’s (NECC) fleet of combatant craft. NECC will utilize the Mk VI PB to provide operational commanders a capability to patrol littoral areas beyond sheltered harbors and bays, and into less sheltered open water out to the Departure Sea Area (DSA) for the purpose of force protection of friendly and coalition forces and critical infrastructure.
Click to expand...

This will bring the number up to 12. It is estimated that the US will order a total of 48 of these vessels.

Can also be armed with:

Griffin missiles seem to be quite popular, AC130s, Attack helicopters, LCS and Patrol boats wouldn't be surprised if they started showing up on fighter jet wings and Armored vehicles soon.

Some use decoys, faster boats and piracy tactics, and make dangerous maneuvers to evade arrest.

To improve the Police’s interception of these maritime intruders, the PCG launched a new fleet of Patrol Interdiction Boats (PIB) and 2nd Generation PK Class High Speed Interceptors (2nd Gen PK) at a naming and commissioning ceremony held at the PCG headquarters in Pulau Brani.

The new PIB can travel above 45 knots (or 80km/h) and features a beaching ramp that allows PCG officers to dismount on land quickly and pursue their targets if they get to shore.

It is also equipped with shock-mitigating seats, armoured protection against armed attacks and a Stabilised Naval Gun System with increased shooting accuracy to disable the engine of intruding boats.

The 2nd Gen PK interceptors are propelled by twin high-powered engines that boast a speed upwards of 55 knots (100km/h), compared to the earlier generation boats’ top speed of 45 knots.

Made of reinforced marine-grade aluminium, these high-speed interceptors can withstand hard impact and have improved maneuverability to pursue high-speed vessels with ease.

The reduced engine noise emissions and lowered profile of the boats help minimise detection by targets too.

“The 2nd Gen PK interceptor was custom built with inputs from the users and the boat builders. The improved functions of the interceptors enhance the operational capabilities of the Special Task Squadron in dealing with the ever evolving high-speed threats intruding our waters,” said Assistant Superintendent Desmond Ong, Commanding Officer of the Special Task Squadron.

The PIBs are used by PCG officers for routine patrols while the 2nd Gen PK interceptors are operated by the Special Task Squadron and deployed in emergency situations such as deliberate ambushes.

In all, 11 PIBs and six 2nd Gen PK interceptors will be added to the PCG’s current fleet by February 2016.

In his speech at the commissioning ceremony, Deputy Prime Minister, Coordinating Minister for National Security and Minister for Home Affairs Mr Teo Chee Hean said that the large number and variety of vessels in our waters, coupled with our lack of maritime space, pose challenges to Singapore’s maritime security forces.

“The PCG’s new boats will provide our officers with significantly improved interception capabilities. Working closely together, the PCG and Singapore’s maritime agencies strengthen our ability to safeguard our waters and sea borders for the benefit of Singaporeans and the international shipping community,” he said.
Click to expand...

U.S. Navy Coastal Riverine Group 2 has taken ownership of the first two of 12 Mark VI Patrol Boats, in Portsmouth, Sept. 8. The MK VI, an 85-foot combatant craft, will provide a persistent capability to patrol shallow littoral areas for the purpose of force protection of friendly and coalition forces as well as critical infrastructure. 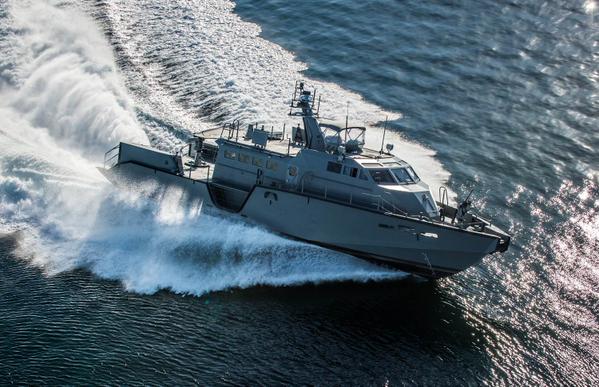 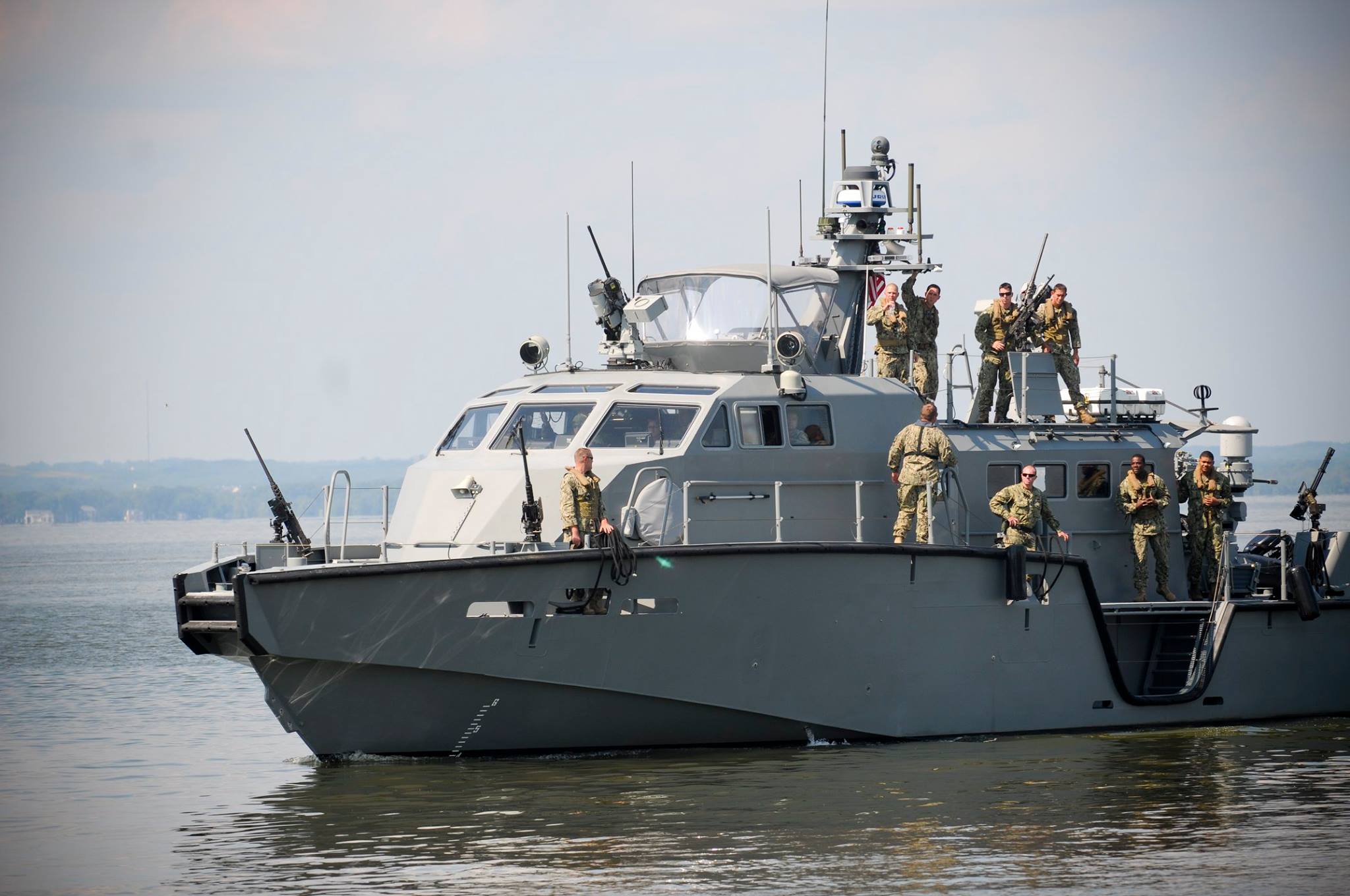