Please, Log in or Register to view URLs content!
Hopefully it won't be taken down (but I doubt it)
S

It was very clear, so it wasn't a stealth fighter
N

Registered Member
not sure, this is accurate or not. my friend posted this on twitter.

SAC said:
I may be wrong but it looks like the Tailplanes (compared to the F/C-31) are elongated, narrower, and clipped (possibly to line up with the wing fold line).
Click to expand...

Really hard to tell. Maybe it's just the angle of the photos. 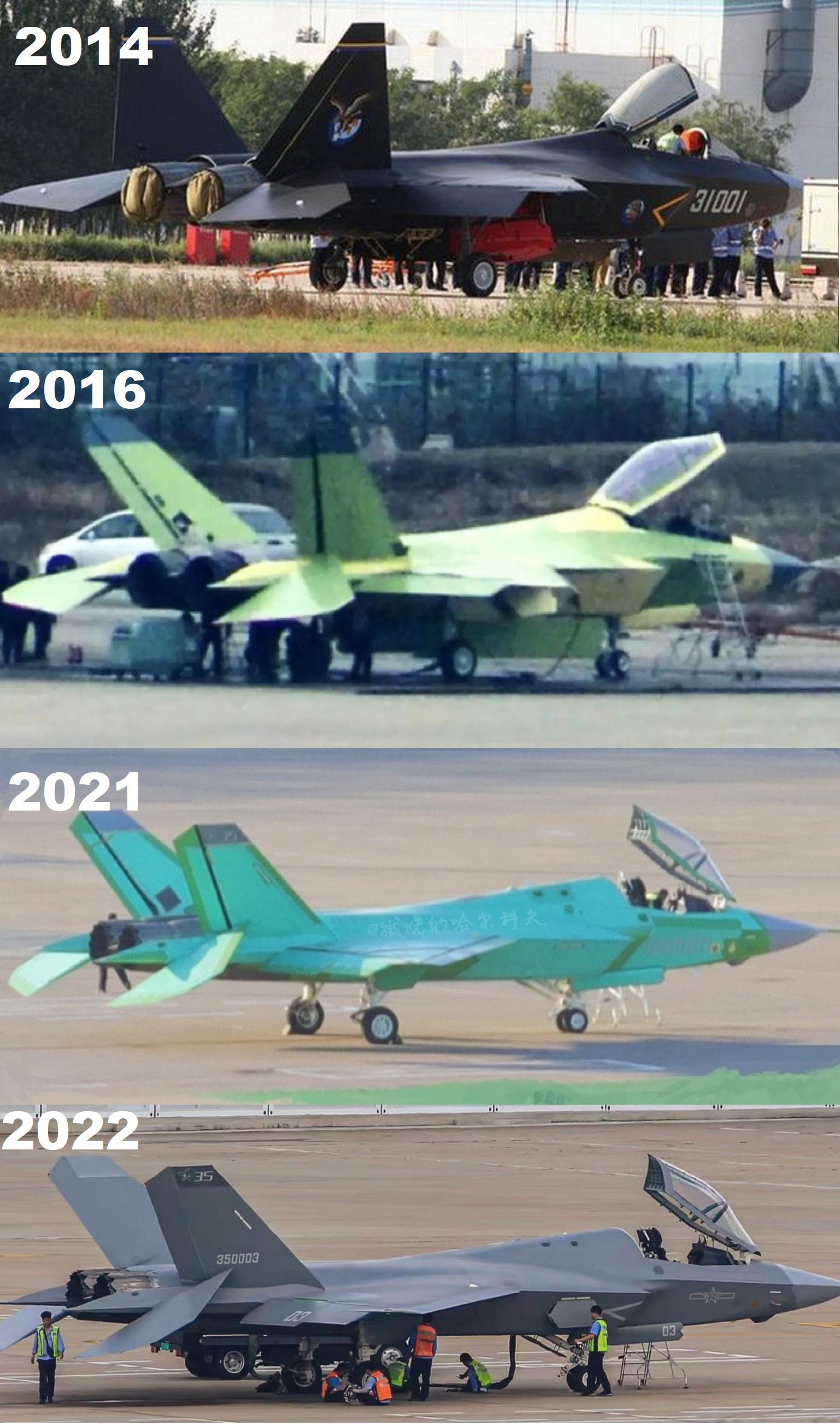 sunnymaxi said:
not sure, this is accurate or not. my friend posted this on twitter.

Those are screen captures from a Shenyang promo for the non-naval/export variant.

sunnymaxi said:
not sure, this is accurate or not. my friend posted this on twitter.

That's from a zhuhai airshow years back, for FC-31 for export.

Incidentally, for J-XY/35 it will be very similar, but those images are not depicting the weapons loadout for that aircraft.
Y

EdgeOfEcho said:
I actually think it is rather pathetic that many Chinese and nonwhites, until this day, still consider whites and Americans as some type of overlord or divine existence in this world, and can't help themselves but to have a constant unconscious need to obtain validation and approval from whites/Americans/Europeans to feel a sense of achievement, or to be proud of their nation/heritage/history. True confidence comes from within and is not conditional upon other people's approval. How can others respect you when you already despise yourself?

This is also a fundamental reason why Chinese propaganda and persuasion is of such low quality because most people making them still have a colonized mindset and all the content they make is about trying to get the West to like China, like how a dog wants to impress its master, and that is never going to work. Do celebrities get famous because they constantly beg people to like them?

Respect is built on top of raw power, especially the power to apply extreme coercive force (physical or non-physical) on those who dare to disobey, this principle applies to nations, organizations, individuals, and even animals. (Think about how being benevolent differs from being harmless).

White people will not respect you because you appear to be hard-working, innovative, intelligent, moral, and original. They'll hate you regardless because you are not white, and they will want to eradicate you if you dare to resist their commands. So why do you even want them to respect you and judge you fairly? What is even the point? How is a white man's feelings important to your average Chinese? Why do you care so much about what they think of you? Let me guess, is it because of some type of racial inferiority complex that is ingrained into you through years of Western propaganda? If so, ain't that kinda sad? Times are different now, this is not the year 1840, whites are not gods, they bleed too, in fact, millions have died to Covid in the past 2 years....

IMO, China and the Chinese will most likely not receive an ounce of respect from anyone before the PLA can show credible capability to the world that it is capable of defeating America in an armed conflict. Before that, there is probably nothing you can do to make the whites like you, respect you, or judge you fairly. 丢掉幻想，准备斗争
Click to expand...

All that is well and good, but I'm more concerned with them keeping it in J-2X. It just fits so well as a parallel to the J-1X generation. Yeh sure the PLA may consider it a generation after J-2X, then why is the H-20 not called the H-30? It could've fit so nicely..
Last edited: Jul 23, 2022

The wings look huge. The plane reminds me a lot more of the F22 rather than the F35.
You must log in or register to reply here.