VIP Professional
Great Videos Martin! I see you have the hang of posting videos!

A.Man you should give it a go!

Finally we can embed videos in this forum!

All you have to do is find the video you want to embed..The Video has to be from one of these sites;

Copy the url of that video in your browser. Not the embedded url!! The URL at the very top of your computer screen. Yea..that one. Select the little icon that looks like a piece of movie film in the tool bar when you post here at SDF. Past your video's URL in that popup box. Click ok in that box and you are done..it's simple.

"'Symphony of Lights' is The Guinness Book of Records holder of 'The Worlds Largest Light and Sound Show.'"

"The Diamond Princess sails through Hong Kong's Victoria Harbour during the nightly Symphony of Lights Show."

Looking outwards at Shanghai from inside the Jin Mao Tower

Whether it's a lack of time or money, many of us will never see Shanghai from the towering heights of the Jin Mao Tower. We'll have to settle for the next best option, courtesy of a high-definition video from Hoosier Tim.

Re: Looking outwards at Shanghai from inside the Jin Mao Tower


Martian said:
Whether it's a lack of time or money, many of us will never see Shanghai from the towering heights of the Jin Mao Tower. We'll have to settle for the next best option, courtesy of a high-definition video from Hoosier Tim.


It's sad that this building is built by Japanese corp.

Re: Looking outwards at Shanghai from inside the Jin Mao Tower


pugachev_diver said:
It's sad that this building is built by Japanese corp.
Click to expand...


Will you stop making false claims regarding my posts? Your latest claim is wrong again! The Jin Mao Tower is owned by Chinese companies. You are mistakenly thinking of SWFC. Check your facts before spouting false statements to mislead forum members and visitors. The next time that this happens, I will request that Popeye ban you for repeated careless infractions.

Your constant false claims are forcing me to work twice as hard, because I have to defend my posts against your ridiculous and false statements. Within a few days, you have made three false claims:

What in the world do you think you're doing?! Stop making untrue claims about my posts!

The building is located on a 24 000 m² plot of land near the Lujiazui metro station.

It was designed by the Chicago office of Skidmore, Owings & Merrill. Its postmodern form, whose complexity rises as it ascends, draws on traditional Chinese architecture such as the tiered pagoda, gently stepping back to create a rhythmic pattern as it rises. Like the Petronas Towers in Malaysia, the building's proportions revolve around the number 8, associated with prosperity in Chinese culture. The 88 floors (93 if the spire floors are counted) are divided into 16 segments, each of which is 1/8th shorter than the 16-story base. The tower is built around an octagon-shaped concrete shear wall core surrounded by 8 exterior composite supercolumns and 8 exterior steel columns. Three sets of 8 two-story high outrigger trusses connect the columns to the core at six of the floors to provide additional support.

The foundations rest on 1,062 high-capacity steel piles driven 83.5 m deep in the ground to compensate for poor upper-strata soil conditions. At the time those were the longest steel piles ever used in a land-based building. The piles are capped by a 4 m-thick concrete raft 19.6 m underground. The basement's surrounding slurry wall is 1 m thick, 36 m high and 568 m long, and composed of 20,500 m³ of reinforced concrete.

The building employs an advanced structural engineering system which fortifies it against typhoon winds of up to 200 km/h (with the top swaying by a maximum of 75 cm) and earthquakes of up to 7 on the Richter scale. The steel shafts have shear joints that act as shock absorbers to cushion the lateral forces imposed by winds and quakes, and the swimming pool on the 57th floor is said to act as a passive damper.

The exterior curtain wall is made of glass, stainless steel, aluminum, and granite, and is criss-crossed by complex latticework cladding made of aluminum alloy pipes.

Official dedication was August 28, 1998, a date also chosen with the number 8 in mind. The building was fully operational in 1999.

I have just finished my video on China's J-15 Flying Shark in high-definition (HD).

Like my first J-20 video with 64,573 views, I thanked all of you (my fellow military enthusiasts) at the end of the video. Also, I have once again included the address for this forum to recruit new members. 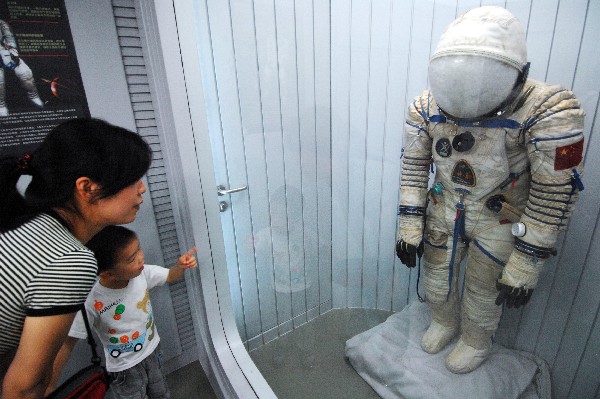 Taipei: Though Asian girl bands such as Japan's AKB48 and South Korea's Wonder Girls are gaining fame around the world, Taiwanese performer Shara Lin goes them one better - she is her own band, playing violin, zither and piano.

Now her musical multi-tasking is on global display in a training video of her performing Taiwanese artist Jolin Tsai's song "Dancing Diva" that has racked up more than 4 million views on YouTube within three weeks.

Lin, a 25-year-old actress who has a music degree, put the performance together within five days for a blend of classical and Taiwanese pop music that has her tucking the violin under her chin and stretching out as needed to both piano and zither.

"When I have to look at both the piano and the zither, I really wished my eyes could grow wider apart. If I have to play (them) together, I must play by feel."

Lin started to play the piano at age three. Her interest in music soon expanded into other instruments including the violin, zither, guitar, jazz drums and harmonica.

Lin said she is willing to try other creative performances in the wake of her YouTube success.

"After people saw this video, they suggested that I can play the drum with my foot and also add the harmonica," she said. 'I said okay, I will consider that.'"
Last edited: May 30, 2011
You must log in or register to reply here.