You don't need aircraft carriers when mainland China airbases are that close.

Aircraft carriers only become useful when operating far from an airbase.
Click to expand...

So Taiwan would have to divide its forces to West coast and East coast
Click to expand...

Wouldn't that leave the CBGs highly vulnerable to USN and JMSDF surprise attacks.

No Pakistan will get the Liaoning - even more NO JF-17, J-10 or whatever sales to Pakistan -, it will be used off the Venezuelan in the Type 003 carrier thread!

Either you better learn to stick to the topic, leave out fan-boy fantasies and political discussions or face the consequences.
H

Registered Member
High res version of the photo posted on Friday. It seems someone found the original and reposted to CD. 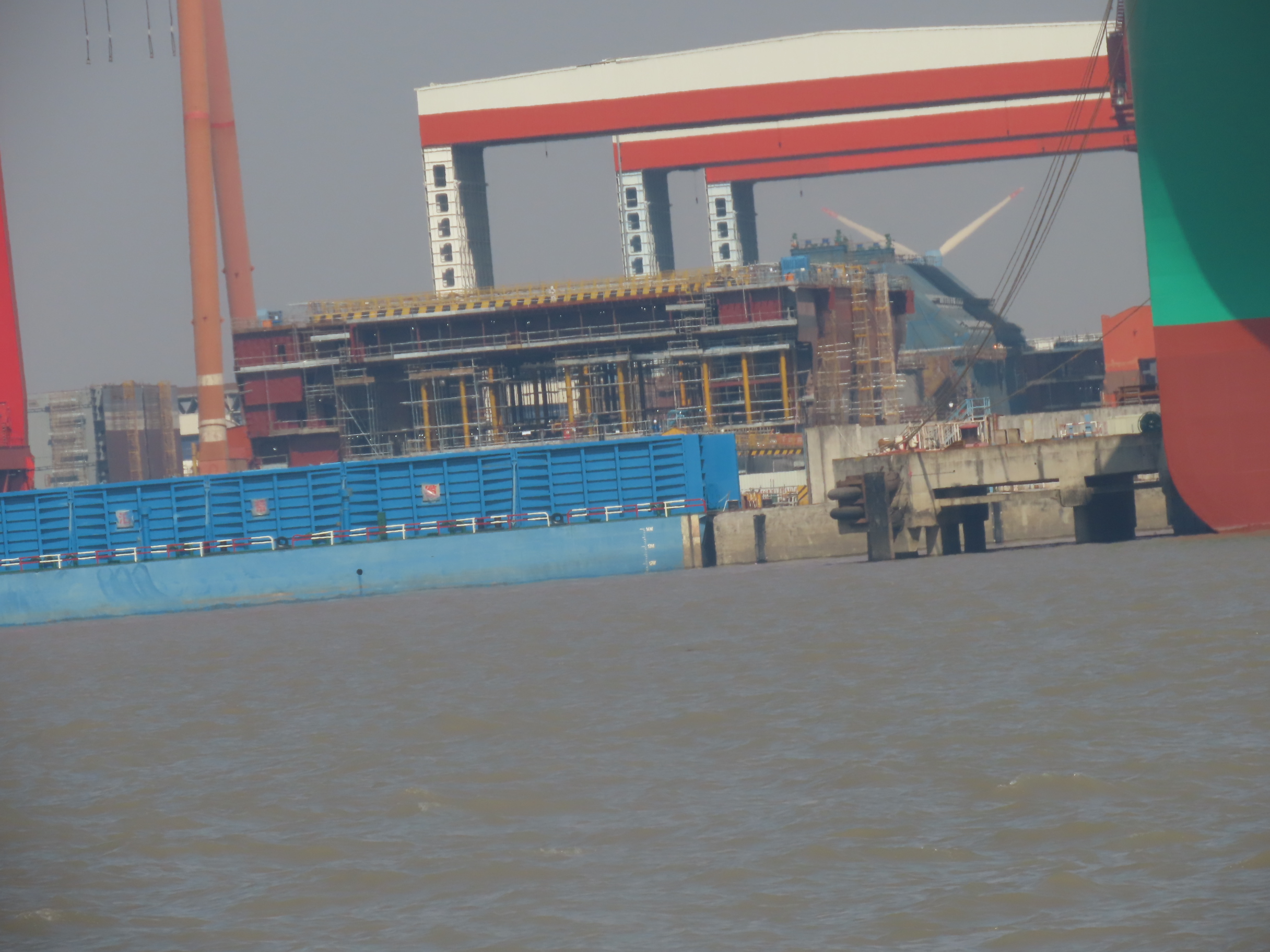 The PLAN’s strategy of Near Seas Defense and Far Seas Protection and China’s new priority to defend the maritime domain will likely shape the composition and employment of naval forces for decades to come. Far Seas Protection will require greater emphasis on global power projection and expeditionary capabilities. China’s aircraft carrier force may become one of the most visible aspects of its modern, blue-water force and the PLAN will need to develop new concepts of operations and tactics to enable secure, integrated aircraft carrier task group operations in the far seas. Chinese military experts have advocated for a force of up to six aircraft

In addition, Far Seas Protection will require the PLAN to refine and enhance its ability to support global expeditionary operations to secure China’s national strategic and economic interests, including defense or interdiction of SLOCs and force projection in littoral areas around the world. China will acquire large, multi-mission expeditionary platforms such as LPDs and LHAs for this purpose. These ships will likely carry out a variety of missions including counter-piracy, troop insertion, and HA/DR and medical response.

As the PLAN continues its effort to “go global” to fulfill the requirements of the new naval strategy in the far seas, Beijing will likely identify additional missions for its nuclear submarine force. The PLAN has already begun to deploy submarines into the Indian Ocean to support ongoing security operations.65 If Beijing wishes to extend the distance or increase the number of its far seas submarine deployments, the PLAN will likely need to acquire additional nuclear submarines because they have greater endurance than conventional submarines, which make up most of China’s current submarine force.

China likely adheres to a clear timeline for aspects of naval development over which Beijing exerts direct control, such as platform construction and far seas deployments. During his speech to the 19th Party Congress in October 2017, Xi outlined requirements for the PLA to become a mechanized force by 2020, a fully modernized force by 2035, and a “world-class” force by 2050.66 Beijing conveys more specific near-term guidance through its Five Year Plans, which direct research, development, and acquisition, and through the Outline for Military Training.67 Each service of the PLA likely has a force modernization strategy and training plan linked to these directives.

However, certain aspects of Far Seas Protection are outside of Beijing’s control either because they rely on foreign partnerships and cooperation or because they are driven by circumstances. For example, China’s pursuit of overseas basing and port access agreements is opportunistic and depends on the willingness of potential host countries to accommodate the PLAN. Although Beijing might seek to influence favorable responses from these countries through infrastructure investment, diplomatic and military engagement, and other economic incentives, the potential host’s receptivity to China’s naval presence is ultimately beyond Beijing’s control. Furthermore, unless Beijing changes its longstanding aversion to formal alliances, other countries have no binding incentive to aid China during wartime.
P

Registered Member
Hi, what about the blue " pyramid"

Partoll said:
Hi, what about the blue " pyramid"
View attachment 69141
Click to expand...

It seems to be part of the island.

MarkD said:
It seems to be part of the island.
Click to expand...

It is part of an other ship.

Intrepid said:
It is part of an other ship.
Click to expand...

Yup LNG ship for sure
L

Registered Member
When can we see first catapult launch from 003, 2024?

I think the problem with 003 is with it's fighter jets. It's taking too long. I'm not optimistic that it'll fly this year.
You must log in or register to reply here.