Registered Member
Really? Seems like I have missed something major then. 2 catapults initally would seems quite low for a carrier larger than 002.

My latest attempt ... please correct me if I'm wrong!

11226p said:
2 catapults initally would seems quite low for a carrier larger than 002.
Click to expand...

Basically you are right.

But the Chinese are developing their aircraft carrier forces very carefully and deliberately. And Type 003 is not the last draft, more designs will follow. So I can well imagine building a ship of some size, but equipping it with a relatively small air wing.

An air wing with different aircraft types and operational scenarios is complex enough for the next development step. A lot of space on board ensures a higher level of safety.
S

296 meters is quite a bit smaller than the Shandong. What am I missing here.

sinophilia said:
296 meters is quite a bit smaller than the Shandong. What am I missing here.
Click to expand...

Shandong has 270 meters in the waterline and 306 meters over all (the 315 meters you can read in the internet are wrong, same lenght than Kuznetsov and Liaoning), so Shandong is shorter than 003.
O

Bltizo said:
Whether it's longer or shorter, doesn't really matter at this stage.
Click to expand...

Actually, i think that it does matter. I think that the US prizes aircraft carriers a lot. Its a kind of national status. For example, an attack on the carriers is considered an attack on CONUS.

Not that i think that it will be longer, but if china was to make an aircraft carrier longer than any ship of the USN, even if it is conventional and with less displacement, there would be offended egos on the other side of the pacific. And more calls to make bigger ships and navy.

Would that make any difference to china if it happened, i dont think so.


sinophilia said:
296 meters is quite a bit smaller than the Shandong. What am I missing here.
Click to expand...

Remember, 003 gets a flat forecastle deck. More aircraft just recovered can be stored there than on a carrier with ski jump. So even if 003 is shorter than Shandong, it can handle a larger air wing. But keep calm, 003 will be longer than Shandong .

Some clearer satellite images from October 14. 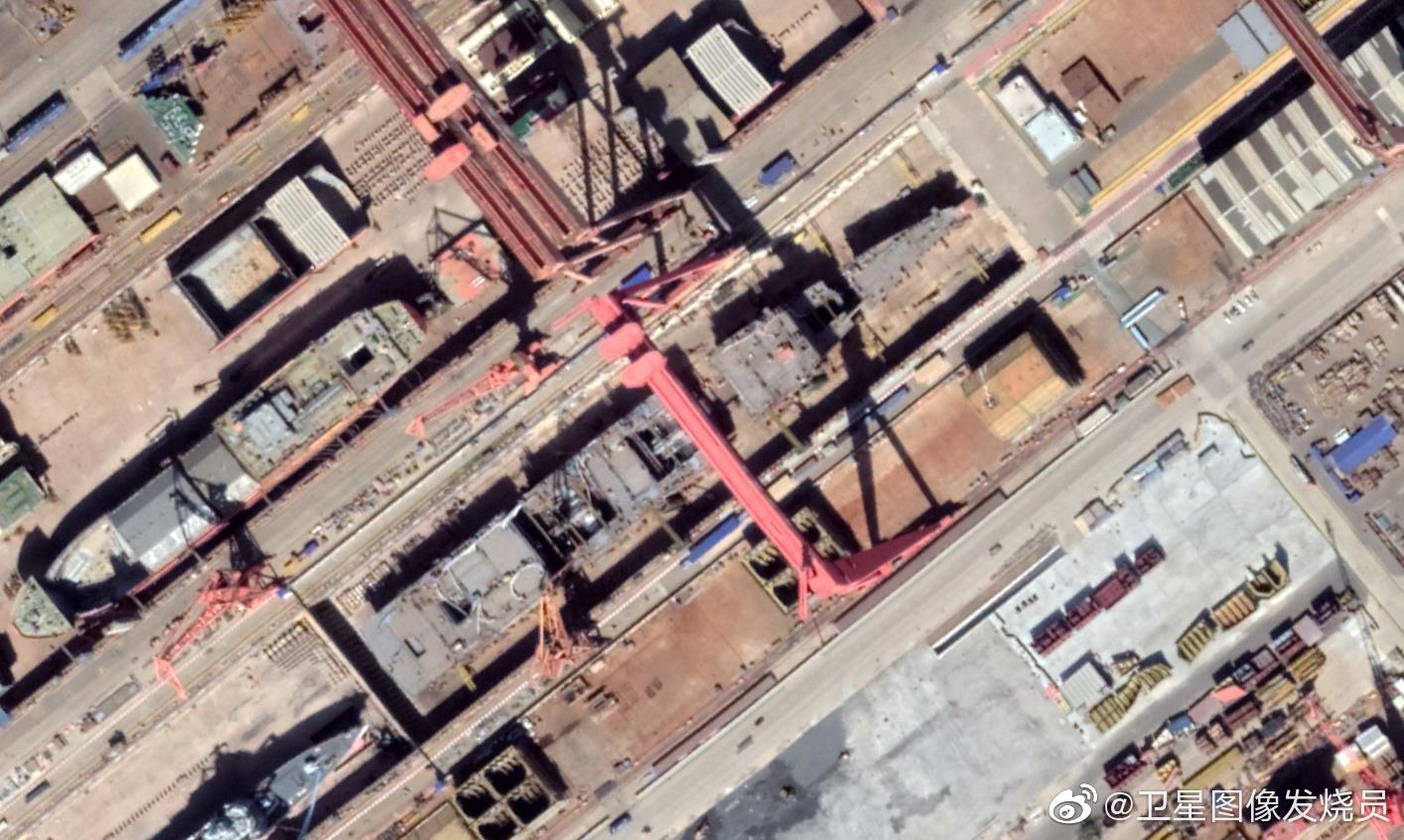 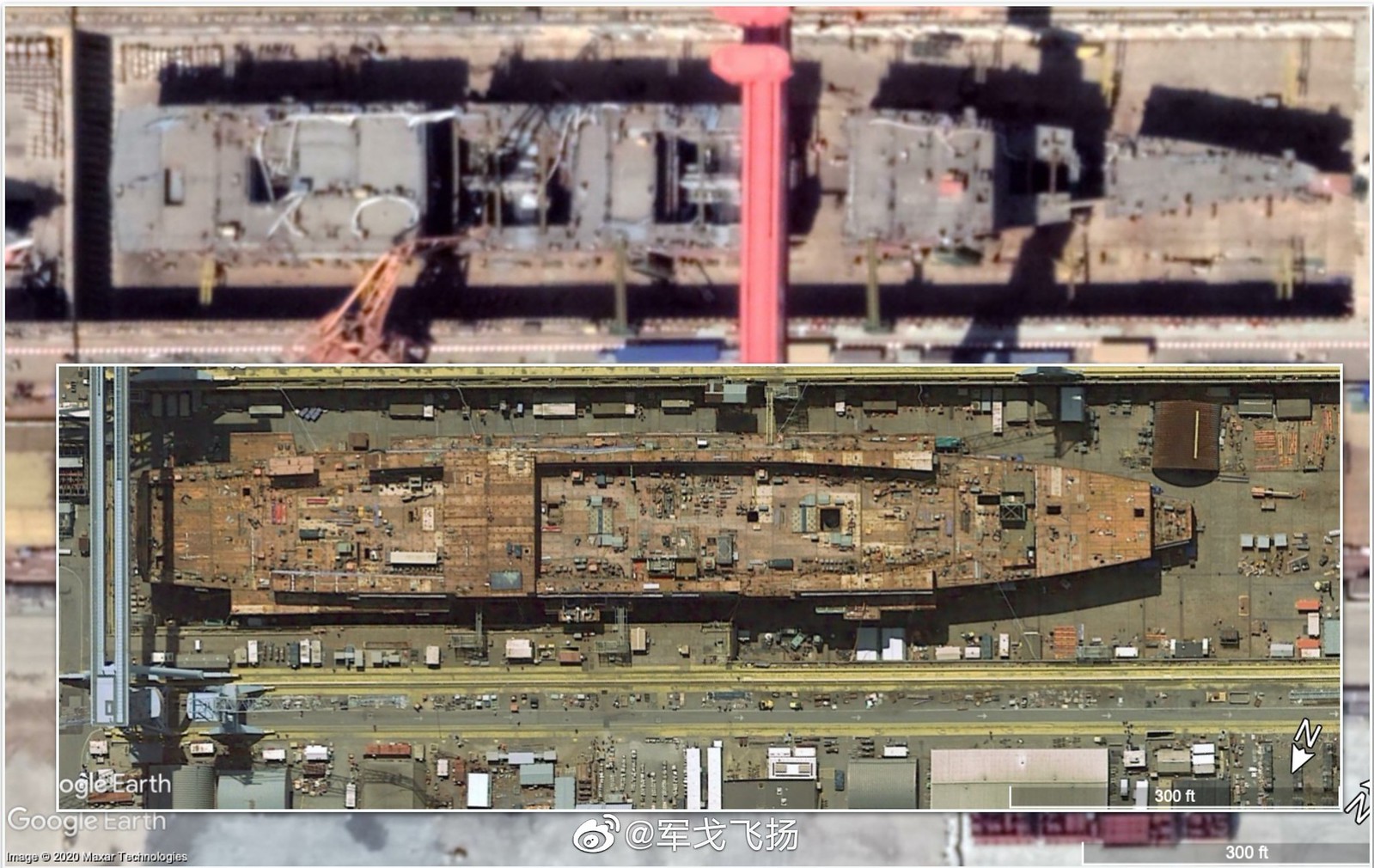 Registered Member
right now we are just looking at the hull right? without the flight deck. anyone know when they will install the flight deck?
You must log in or register to reply here.