I think I know what this in red square is, but let you people have a guess. It is located near a dry dock in JNCX. 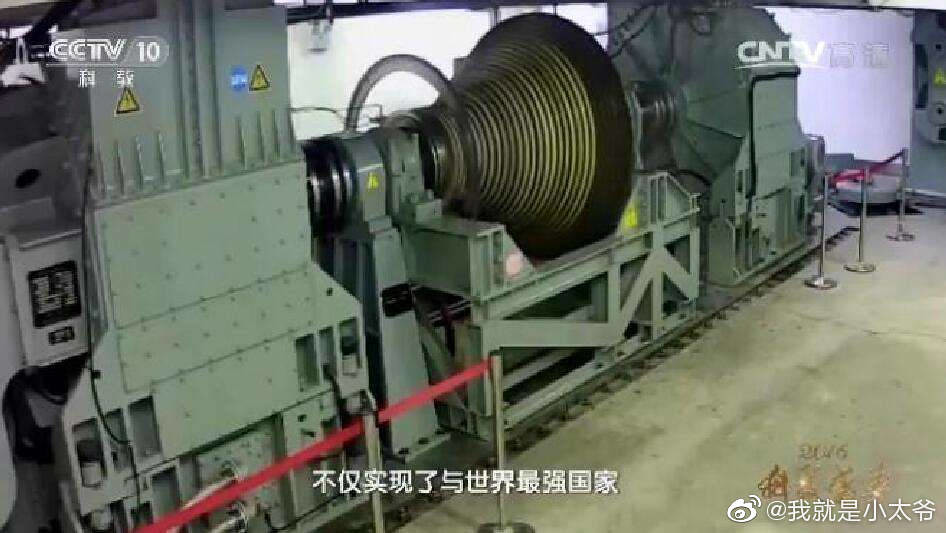 This is not a hydraulic arresting gear system. This is electrically braked.

Intrepid said:
This is not a hydraulic arresting gear system. This is electrically braked.
Click to expand...

Indeed it is.
P

but when they will start to put them together
Click to expand...

It looks like they will speed up the assembly, and all of a sudden they will paint the whole ship and them launch it, just like how they surprisingly launched the type 075 ship.
T

Intrepid said:
This is not a hydraulic arresting gear system. This is electrically braked.
Click to expand...

also @by78
Here is some real deal

A patent by
Please, Log in or Register to view URLs content!
, Harbin Polytechnic University, a military technology university older than PRC which is also the root of many other technical universities.
The patent is in Chinese. I will give a summary
Years ago, Ma Weiming was given an interview where he was upset/annoyed by the question implying that the American's experience indicate that the arresting gear is a big deal.

第四，记者问道：美国“福特”级航母的经验显示，航母的电磁阻拦技术比弹射难度更高……。还没等记者说完问题，马院士就不客气地打断，说：不
能这样下定论。我们用了1/5的时间就把阻拦做完了，你说哪个难度高？有了弹射的技术阻拦还难吗？弹射和阻拦是一个正一个反，解决了正，解决反不就
容易了吗？看来记者的问题把马院士激怒了，于是回了几个坚定的反问式短句。
Journalist: Experience of USN Ford indicated that the arresting gear is more difficult than launcher.......
Ma Weiming bluntly interrupted the Journalist before he/she could finish the question, he said: one can not make such conclusion. We used 1/5 of the time (of EM launcher) to finish the arresting gear, you tell me which one is more difficult? When we had the EM launcher, what is the difficulty of arresting gear? The two are just forward and reverse, isn't it easier to solve the reverse after solving the forward? Putting many counter questions showed how annoyed he was when faced stupid head.
Click to expand...

I immediately got the feeling that his arresting gear is a real deal when I saw the bold texts of his words.

There were also some (in this forum) argued that the Chinese arresting gear looks identical to ARG, pointing the round device on the right end as the water twister. At the time, I could not disapprove the argument without hard evidence.

Here in the patent, device 1-2 is the rotating Eddy Current brake, the "water twister" like device. It is disc stators and disc rotors sandwitched together fixed to the same shaft of electrical motor 1-1 and cable drum 1-3.

Registered Member
Found another patent 201610437492.X filed by Harbin Polytechnic University in the same year as the one above in post 3078. It is in Chinese, if you are interested you can get it from google patents.

This time, it is a linear motor and linear eddy current brake. It works in the same principle as above. The advantage that I can see are 1. Better heat depreciation because the conductor (where the eddy current is generated) stretched out through the length of the deck, and 2. No cable drum and cable routing mechanics. The drawback is that there can only be one launch track placed in the middle of the two arresting tracks on the angled deck, this however seems to fit all rumors of 002 have only one angled deck launch rail.

There is no photo evidence of this linear design being tested in full size so far.

Test: I had a hard time to make a post yesterday.
You must log in or register to reply here.