Bltizo said:
Apparently Rear Admiral Zhang Xu Dong at an appearance at Zhejiang institute of technology stated that the carrier being built at Shanghai would displace 78,000 tons and have conventional propulsion and electromagnetic catapults.

Zhang Xu Dong was formerly a captain of the 052C DDG 170.
So, all things that we've known about roughly for a while now, but this is just another bit of a tidbit to add further weight to that consensus.

If he did state this then I would believe that the information he is giving is accurate and a reflection of the state of affairs, and not merely a "recycling" of the same rumours we have had for a while now (namely the displacement) if the rumours were inaccurate, however the possibility of the latter cannot fully be excluded.

But at present the consensus continues to be that 003 will be a conventionally powered carrier with EM cats and a displacement of around 80,000 tons (depending on whether the 78,000 tons is normal or full).
Click to expand...

Adding on to these rumors:
If 003 indeed displaces 78,000 tons standard with a 41-metre waterline width, we can assume as much as 85,000 tons full displacement.

If "00X" refer to individual carriers, that would mean only one conventional CATOBAR will be constructed.... unless 003 and 004 are class designations.

At the moment China has two classes of aircraft carriers:

Iron Man said:
However you spin it, rumors aren't facts. If they were, they wouldn't be rumors in the first place. You make it sound like a nuclear carrier design is a done deal, and that the rumors about it might as well be official statements straight from the Chinese military. You also don't distinguish between rumors and speculation (and subsequent rumors based on earlier speculation), as no doubt some or many of these rumors likely are.
Click to expand...

I don't think anyone claimed that rumours were facts; what was discussed was the nature of long term rumours and their relationship with their associated projects.

Higgle said:
Adding on to these rumors:
If 003 indeed displaces 78,000 tons standard with a 41-metre waterline width, we can assume as much as 85,000 tons full displacement.

Yes, assuming he did say all of that, I would say that it's all remarkably consistent with what we've been hearing about we expected for the future trajectory of China's carrier development.

A small part of me wonders if he might have been merely repeating some open source rumours that we've had for a while, but that would seem remarkably irresponsible for someone of his status and doing so at such a public location, not to mention I couldn't exactly see the rationale for doing so either.
The reason I raise this possibility is because apparently during the presentation some slides were used that were fan made CGIs -- however I'm not sure if during the presentation it was specified as only being for illustrative purposes or not, so I'm not sure if whether use of those slides would have affected the perceived credibility of his actual verbal presentation or not.

(Middle left part of the image; seems to be one of the fan made pictures from a few years ago speculating aboutf PLAN LPD, LHD) 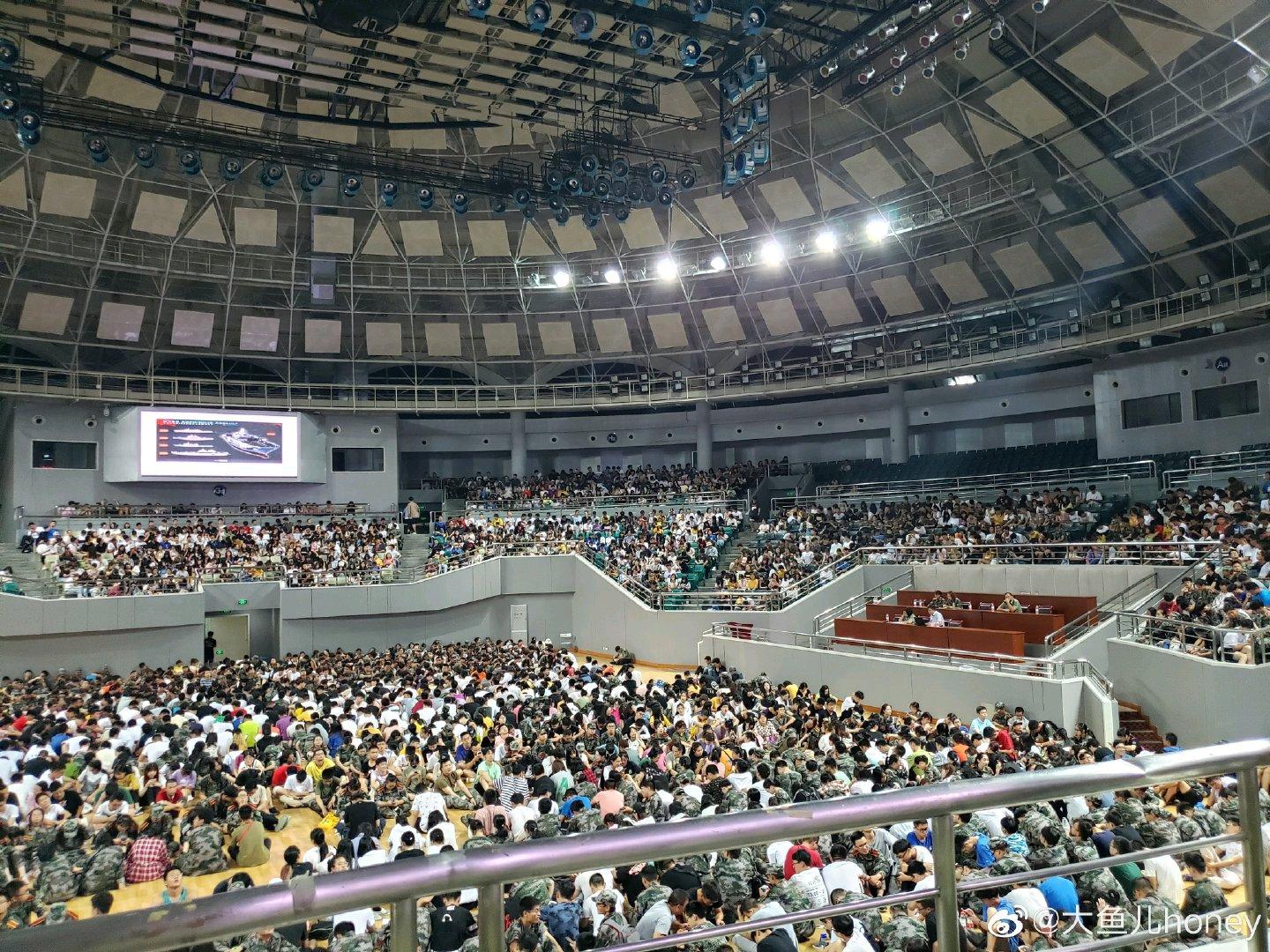 Higgle said:
Adding on to these rumors:
If 003 indeed displaces 78,000 tons standard with a 41-metre waterline width, we can assume as much as 85,000 tons full displacement.

Did these rumors come from the same presentation? Or written by a secondary source?

Sorry I'm lost on this one: what is it supposed to show here?

weig2000 said:
Sorry I'm lost on this one: what is it supposed to show here?
Click to expand...

Sorry; I posted it in the wrong thread.

weig2000 said:
Sorry I'm lost on this one: what is it supposed to show here?
Click to expand...