asif iqbal said:
... i still cannot believe how China has mastered the EMALS when the USN is having so much trouble ...
Click to expand...

Maybe because they have a well-functioning secret service, were aware of American problems early on and didn't have to make the same mistakes.

Totoro said:
Additional elevator does not necessarily take away deck space. It merely means there Is the same deck space which can, when needed, also be utilised as an elevator.
Click to expand...

In fact, in the past, with additional deck edge elevators, available deck space has increased. 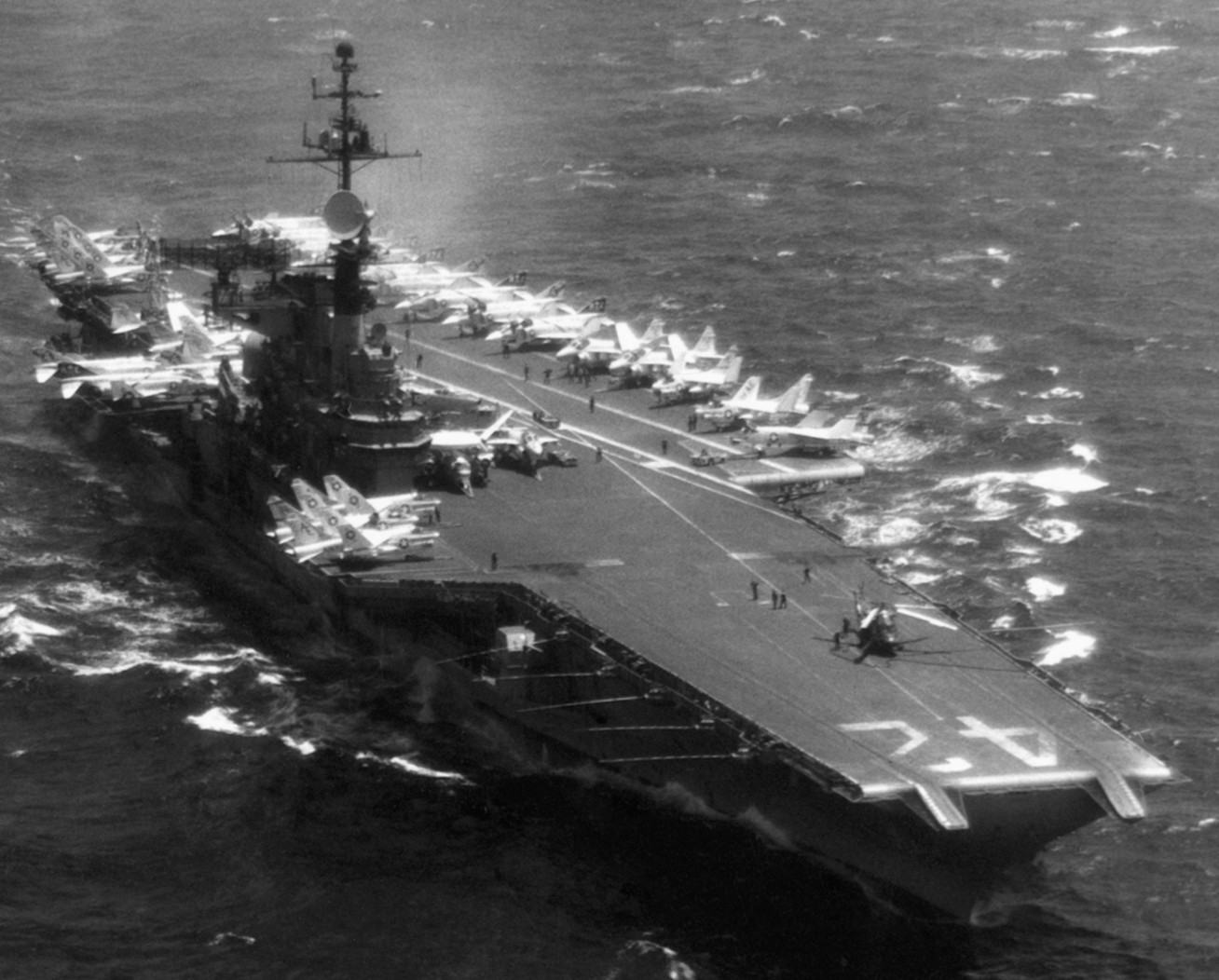 ACuriousPLAFan said:
Well, you have to start somewhere, poverty or not.

In essence, Enterprise CVN-65 is a sort-of prototype carrier that tests marine nuclear propulsion technology for carrier usage. After Enterprise CVN-65 was comissioned in 1961, it wasn't until 1968 when the Nimitz was laid down.

Although I hope that China would fast-track build an improved version of conventionally-powered 003 following the Fujian in light of the present deteriorating geopolitical situation in the Western Pacific, I believe a mixed conventional-nuclear propulsion system for the 004 is also a good way to advance the mastering of carrier-based nuclear propulsion operations by the PLAN.

(Although we all hope that China could just pump out those (005) nuclear-powered supercarriers to scare the shit outta everyone else, lol)
Click to expand...

Similarly, the designers have taken into consideration the size & speed of the 2 new elevators which i guess should be superior to the older usa elevators.

The EMALS surely have higher launch rates than steam powered. Fujian also have a smaller number of aircraft to launch too.

When these new technologies are compared to older tech & designs it might not be fully compatible.

Intrepid said:
Maybe because they have a well-functioning secret service, were aware of American problems early on and didn't have to make the same mistakes.

Either the American system is flawed beyond something that is simple, which China could benefit from espionage or it's a simple mistake and China would not benefit from stealing the technology. Very unsurprising that an American would claim that both the mistake made was simple and that the reason the Chinese avoided the mistake was not because of engineering competence, but rather because of espionage.

JamesRed said:
Either the American system is flawed beyond something that is simple, which China could benefit from espionage or it's a simple mistake and China would not benefit from stealing the technology. Very unsurprising that an American would claim that both the mistake made was simple and that the reason the Chinese avoided the mistake was not because of engineering competence, but rather because of espionage.
Click to expand...

Perhaps "mistake" is the wrong term. During the development process you have to make decisions. Even if you find out later that another path could have been better, you cannot simply leave the path you have chosen. Those who follow the development at a distance can make different decisions.
K

Lethe said:
Around 20 years ago the lead designer of the F-14 Tomcat and a retired US Navy Admiral published a joint article calling for an Americanised Su-33 to replace the F-14 Tomcat in USN service.

Obviously that didn't happen, but yeah... a fully-realised, catapult-launched J-15 has a significantly higher performance ceiling than Super Hornet and will no doubt serve PLAN well in the medium-term.
Click to expand...

The Type 003 and upcoming 004 will make J-15 flanker variant potentially the most powerful 4th gen naval aircraft in the world. With the catapult launch, the flanker can launch with great weapons load and fuel and no limits.

asif iqbal said:
thanks and could you provide a translation of the signs

The same end result can be achieved through a number of different engineering solutions, we do not know how the PLAN EM catapult differs to the USN EMALS.

Registered Member
Do we know for sure what type of energy storage system 003 uses? Flywheel or capacitors?
M

Totoro said:
Additional elevator does not necessarily take away deck space. It merely means there Is the same deck space which can, when needed, also be utilised as an elevator.
Click to expand...

From the recent livestream on Guancha, they very EXPLICITLY said that elevators kind of actually takes away deck space.
Not for parking aircrafts, but for 'preparation' of aircrafts (fueling, putting on bombs/missiles etc.), and at the end of the day it's an elevator and not actual deck space, what are you gonna do if it breaks down in a 'down' or 'half' position?

AndrewS said:
Whilst the US naval fleet may bounce back after 2030, it doesn't change how China should end up with more carriers than the US by 2050.

That would simply be the result of China having a significantly larger economy and military spending than the US. So why would China have to act when it only has 4 carriers, when it could have more than 11 in 2050 and then outnumber the US carrier fleet?

A similar calculation applies to every other military system.

And if China has a commanding economic and military presence in the Western Pacific, the Taiwan issue likely wouldn't require an actual war.
Click to expand...

No, I very much think China will take back Taiwan within this decade (I also think there's pretty good confidence internally of the PLA/CMC of their various missiles and the capabilities of the PLA).

A.Man said:
Video: Ma Weimin (Please translating for others, I have not had time to watch it, sorry)

Not done watching, but it's a good video imo, and have some really interesting/good info about Ma Weimin

Problems with the US EMALS:

Perhaps even more serious is that the design makes it impossible for the crew to repair a catapult while the ship is launching planes with other catapults. This is done as a
Please, Log in or Register to view URLs content!
on current carriers as each catapult operates independently of the other. When one of the steam catapults fails, the crew can make the necessary repairs while the adjacent catapults continue launching planes.

Like earlier carriers, The Ford has four launch catapults so that (theoretically), should one fail, the ship could continue operations using the remaining three. But the Navy found there is no way to electrically isolate each EMALS catapult from the others
Please, Log in or Register to view URLs content!
, raising questions about the system’s operational suitability. The massive electrical charge needed to power the catapults is stored in three Energy Storage Groups, each using four heavy flywheel-generators. The three groups together power all four catapults and cannot be electrically disconnected from a single failed catapult to allow repairs while the other three catapults launch planes.

This means that repairing the failed catapult must wait until all flight operations have been completed, or, in the event that multiple launchers fail, all flights may have to be suspended to allow repairs. Thus there is the possibility that the ship might not be able to launch any planes at a critical moment because the EMALS designers failed to provide independent power for each of the four catapults.
Click to expand...

I assume a different concept was chosen for 003 Fujian.
You must log in or register to reply here.