by78 said:
Some photos of CR929's composite fuselage development...

The latest development. A test fuselage is being assembled from the composite panels: 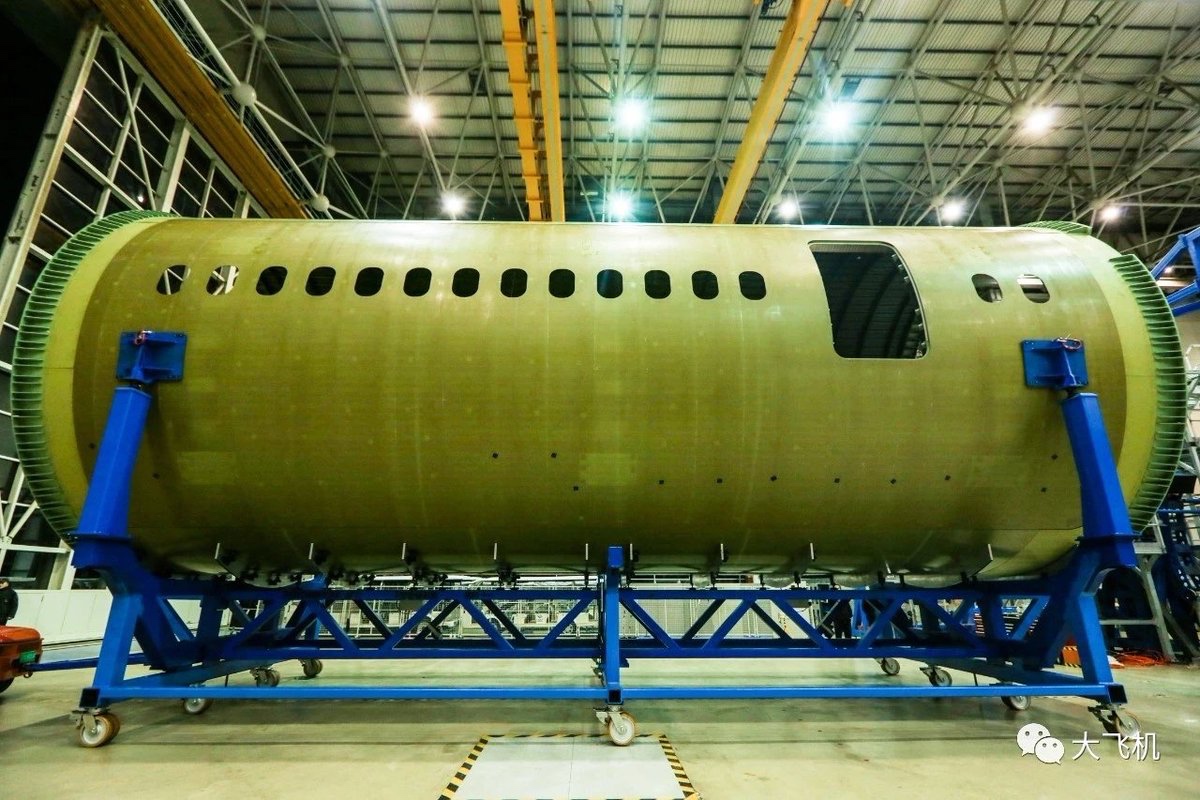 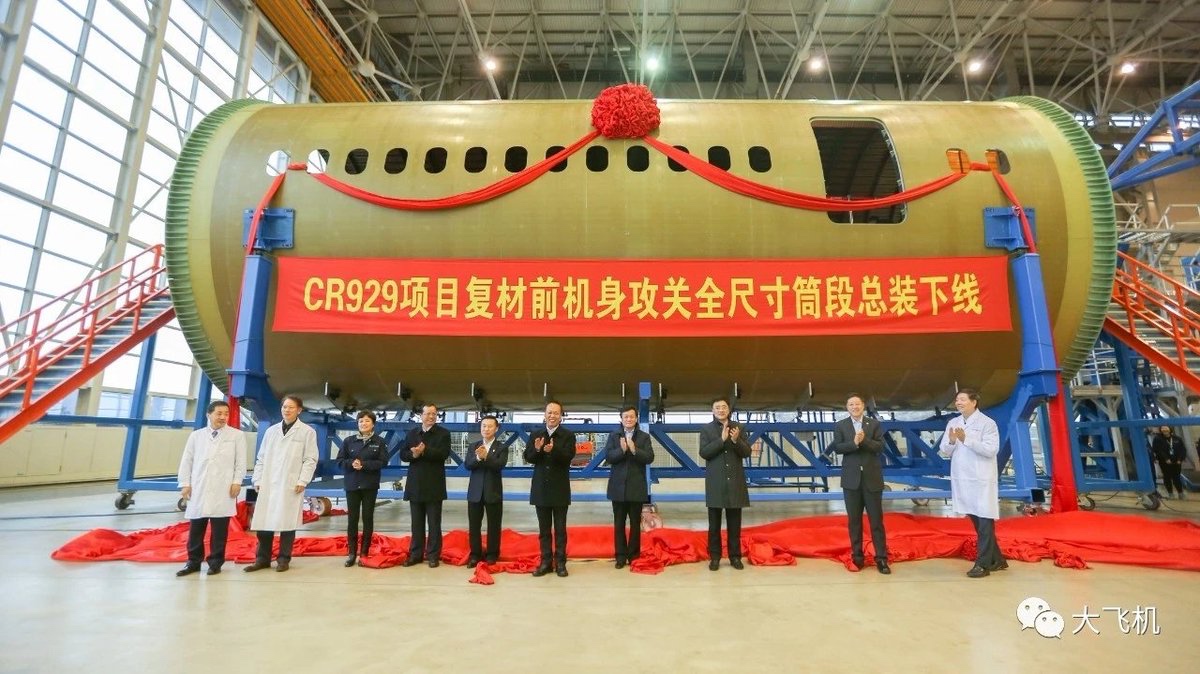 CR929 will make an appearance in model form at the Paris Airshow... 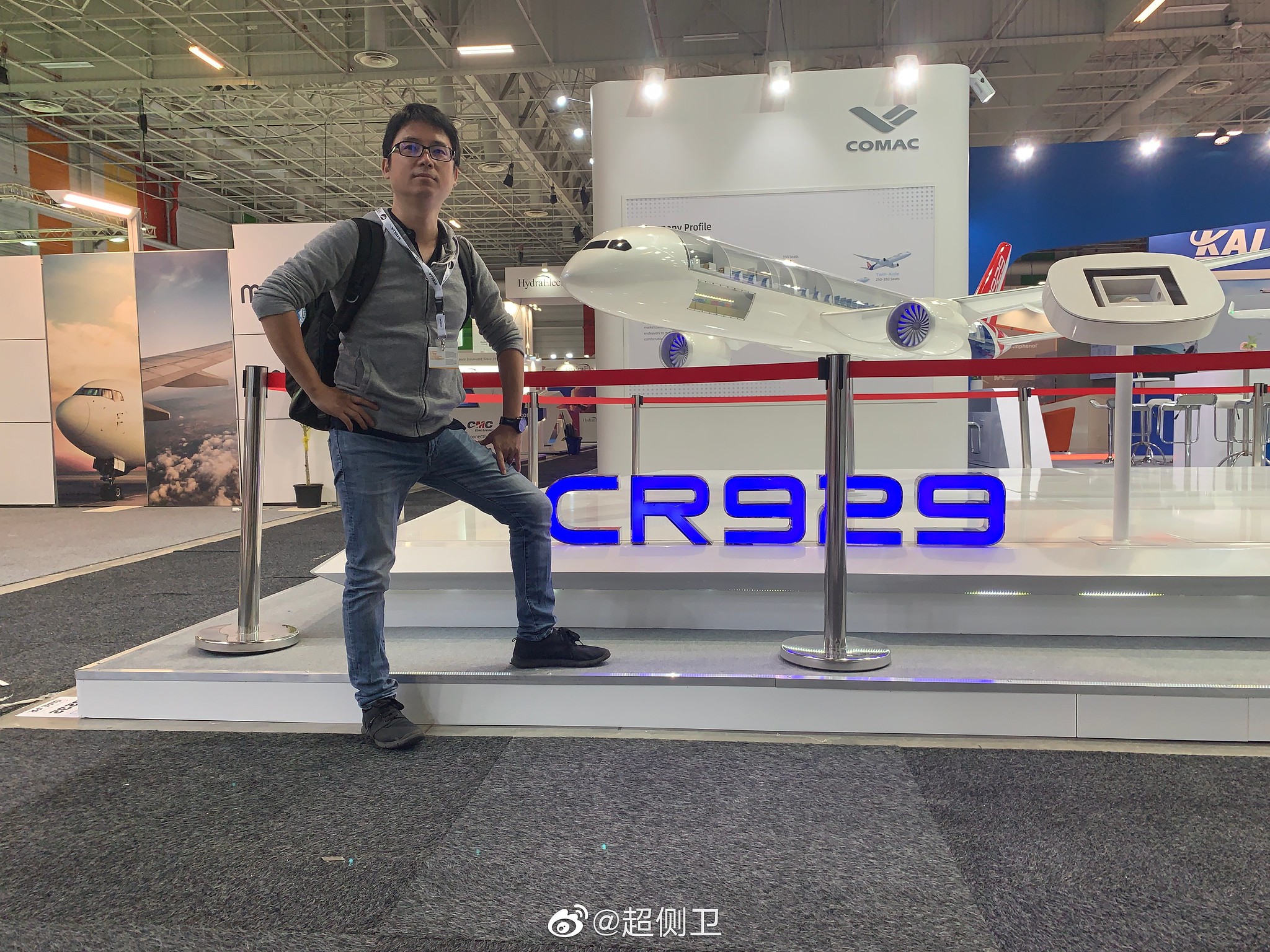 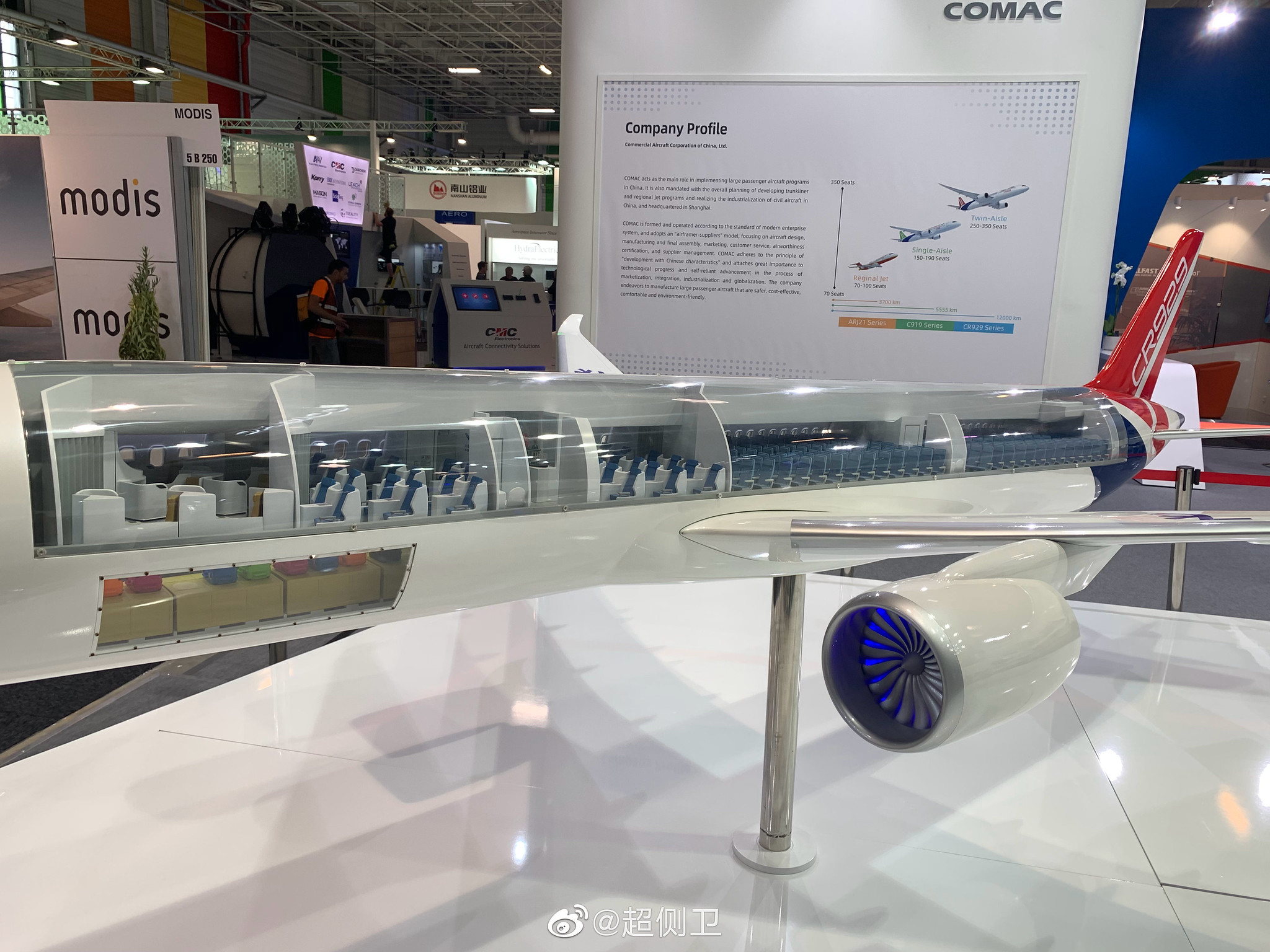 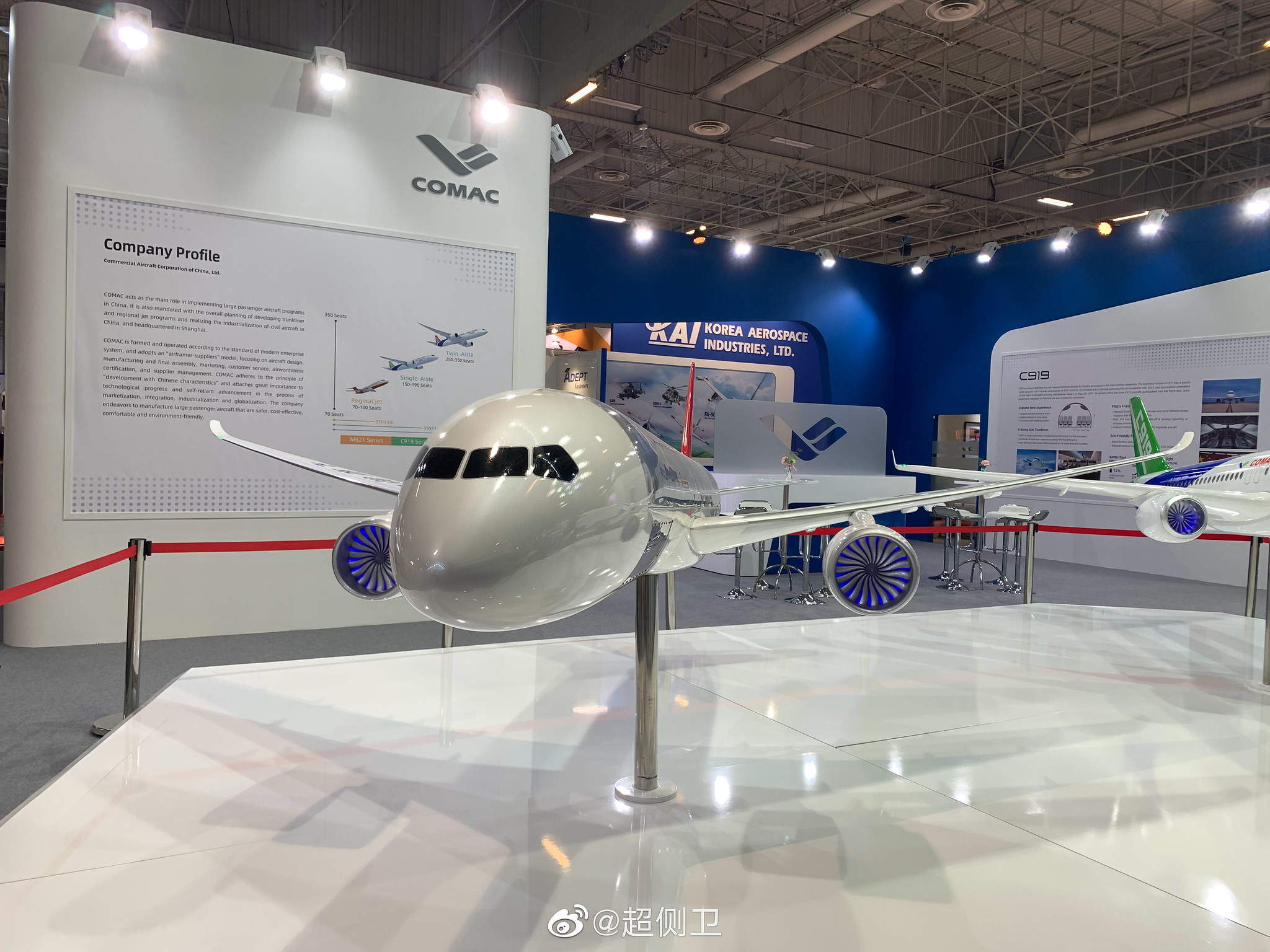 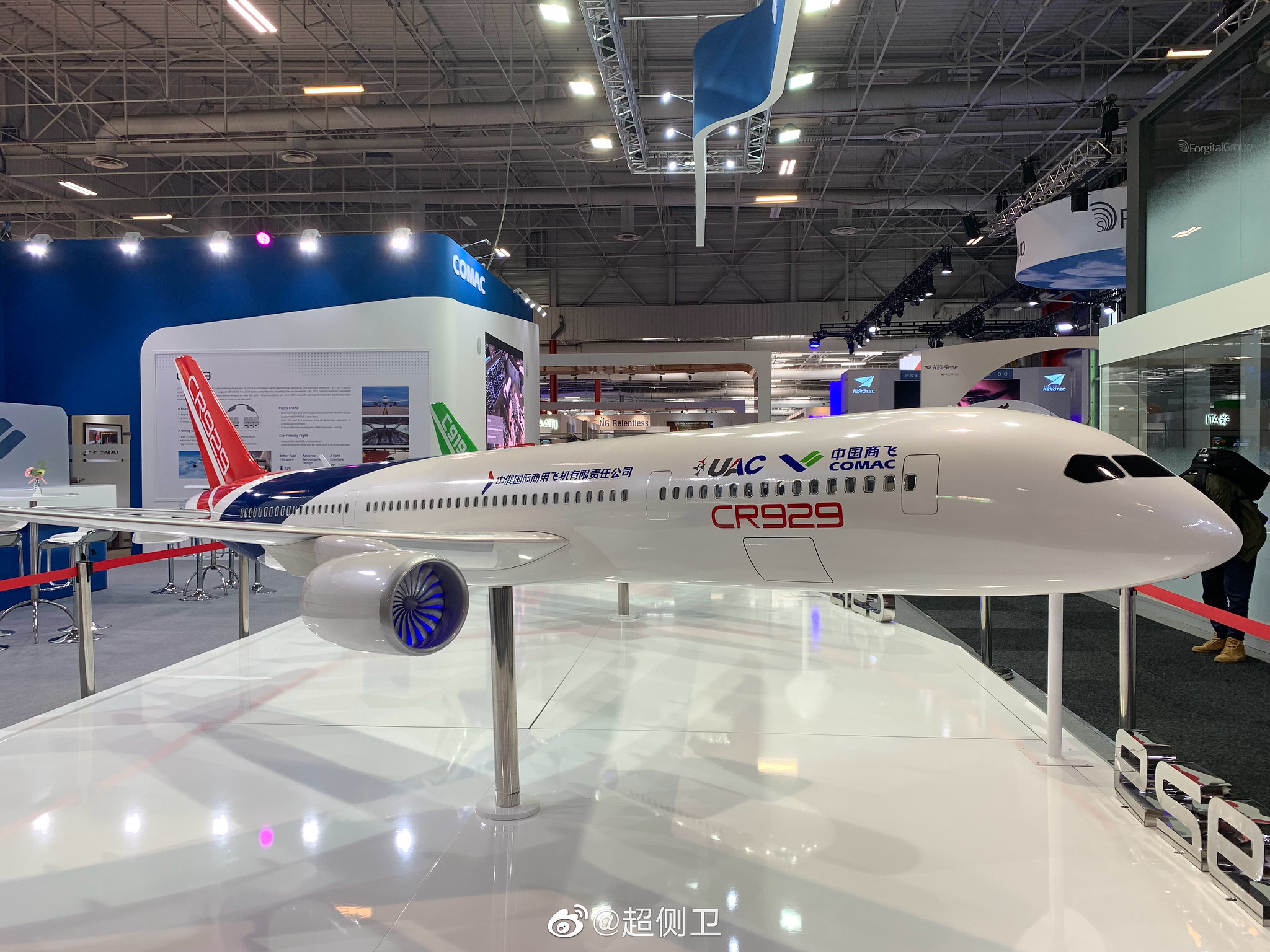 Will be Chinese company for sure

C929 mockup being set up for this year's MAKS airshow... 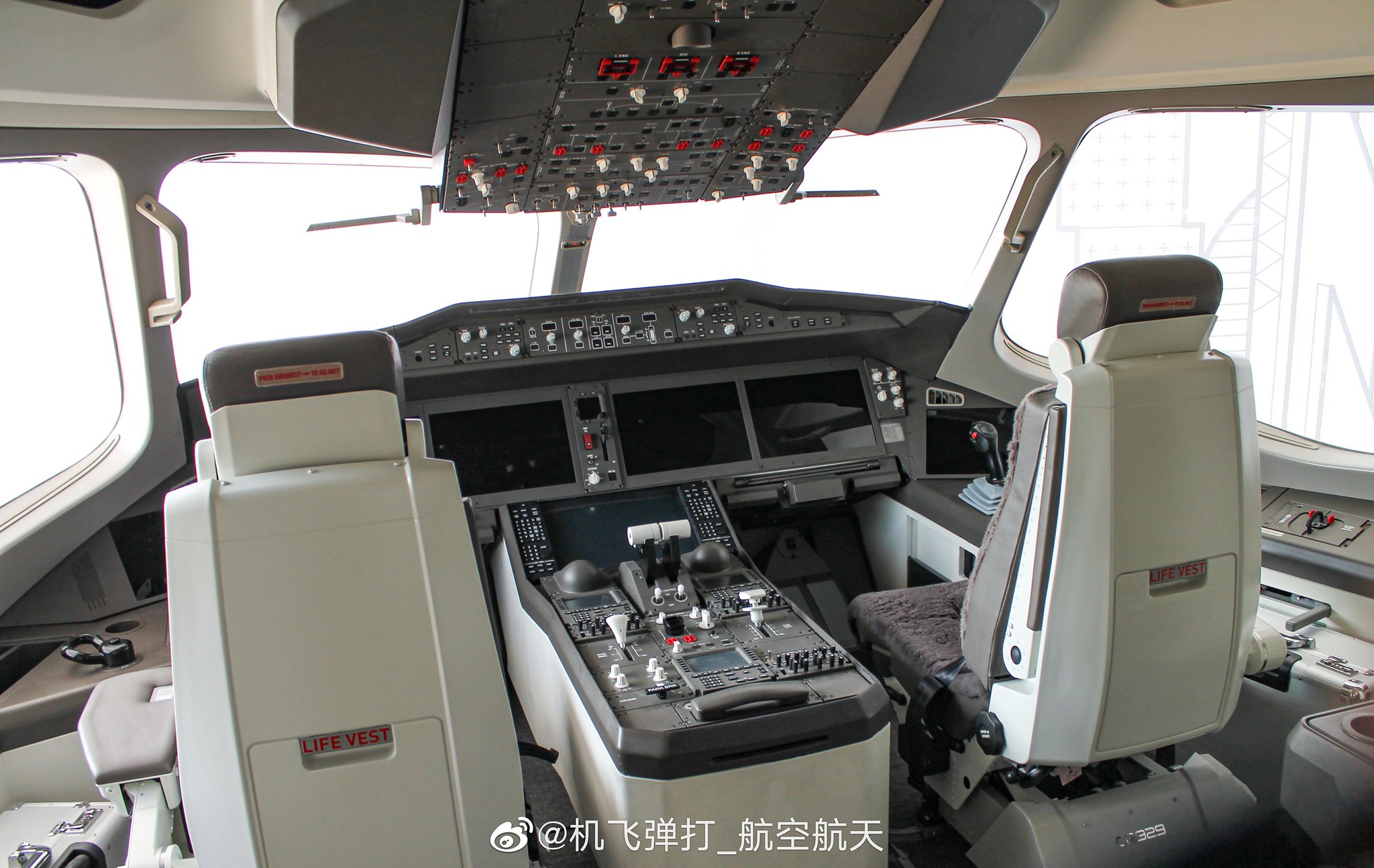 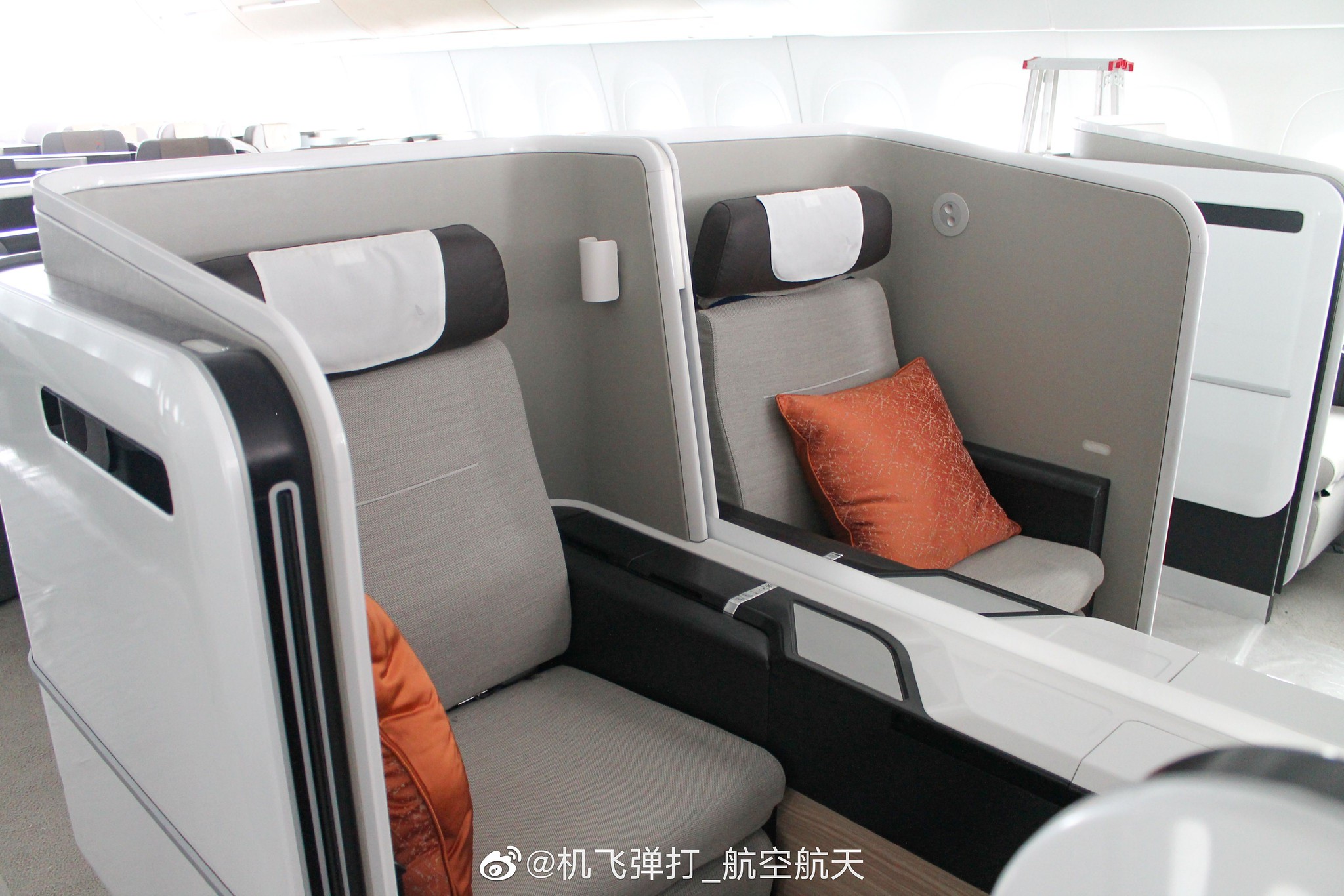 
Supplier selection for the Craic CR929 will drag on into 2020, perhaps not reaching a conclusion until three years into the development program of the Russo-Chinese widebody airliner. Difficulty in cooperation between the partners, obvious even before the program’s launch, is still the cause of delays.

The key point of disagreement has become whether to put the engineering center in Russia or China, though the Russian side now thinks it has a deal on that point. Its location will determine which national civil aviation agency certifies the aircraft.

Location of the engineering center is the key issue

This means the issue must be settled before the partners can determine a plan for achieving airworthiness certification, said Maxim Litvinov, the chief designer from the Russian side, speaking to Aviation Week at the MAKS Air Show, which was held in Moscow from Aug. 27-Sept. 1. And only then can Craic complete supplier selection, he added.

Supplier selection will not be complete this year, Litvinov tells Aviation Week. The program was launched in May 2017, so it may not pass that milestone until it has used 30% of the longest contemplated time frame for development, 10 years. First delivery is due in 2025–27, according to UAC President Yury Slyusar.

Working alone to develop the
Please, Log in or Register to view URLs content!
narrowbody, Comac was just over two years into that program in 2010 when it completed supplier selection; it needed only 19 months to choose an engine. A Chinese industry source close to the program has a simple explanation for why things are taking so long this time: “Two countries, not one.”

Still, there seems to be progress on the CR929. “In September we expect approval from the Chinese side to register the engineering center in Russia and to grant it the authority of CR929 designer,” said Russia’s Minister of Industry and Trade, Denis Manturov, to the Russian newspaper Vedomosti. The engineering center will be a separate legal entity that will hold the type certificate, a Russian industry source says.

In fact, when the program was launched Russian managers thought they had an agreement to set up the engineering center in Moscow, to partly balance the choice of Shanghai for Craic’s headquarters. It is not clear why that deal has not been smoothly executed, but leadership of the design process is at stake. Final assembly will be in Shanghai, Comac’s hometown.

If the engineering center is located in Russia, the Chinese side might host a branch office in Shanghai or have its own engineering center for the program, Litvinov said. The alternative would be Russia getting only the branch. Chinese Minister for Industry and Information Technology Miao Wei attended MAKS but provided no details on the issue.

Russia’s Federal Air Transport Agency and the Civil Aviation Administration of China agreed during the show to set up a joint working group on CR929 type certification.

Multinational management emerged as a major risk to the CR929 as early as 2015, when industry sources close to the program cited poor coordination between the two sides (
Please, Log in or Register to view URLs content!
). The program was set up at the behest of the two governments, not the manufacturers; Comac just wanted to develop its own widebody. The size of the Chinese commercial aircraft market, far larger than Russia’s, has always strengthened China’s hand in negotiations in the program.

Selection of suppliers and completion of an initial design would allow the program to pass what it calls Gate 3. “After Gate 3, there is the joint definition stage for mechanical, electric and electronic configurations, which will end with Gate 4,” Litvinov said. He expected Gate 4 to be reached in 2021.

The baseline CR929-600 is intended to carry 280 passengers in a three-class configuration and will have a range of 12,000 km (7,500 mi.). First flight is now planned for 2023–25, Slyusar said in June. So after supplier selection, there will be no more than five years in which to ready the first prototype; the equivalent interval in the C919 program was seven years.

Slyusar said the CR929 program has “soft orders” for 200 aircraft; he does not name specific customers. UAC says it held a meeting of the program’s airline advisory board at the MAKS show. According to Litvinov, at least two Russian operators of widebody aircraft—
Please, Log in or Register to view URLs content!
and Azur Air—took part in the meeting.

Interesting interview with the head of aerodynamic design on the Russian side of the project. CRAIC is seriously investigating single-pilot operation for the mid-term future (2030 and beyond).

Bonus general arrangement drawing (seems to match the paper version shown at design freeze a while ago, but now without perspective distortion):

is the stick on the right side steering stick? if so, I don't one for the left pilot or only right pilot can fly the aircraft?
You must log in or register to reply here.