Chinese military exports to other countries

Registered Member
The Saudis are very satisfied about the performance of Silent Hunter, achieving a first actual combat for a laser cannon.

From swoosh of China Military Forum

Not long ago, the domestic "Silent Hunter" launched the first actual combat of a laser interceptor in Saudi Arabia and achieved the news of shooting down a drone. It is estimated that many people already know that the sci-fi era in the movie has really come into reality. What is even more surprising is that, according to the Russian Satellite News Agency, it shot down not one drone, but 13. 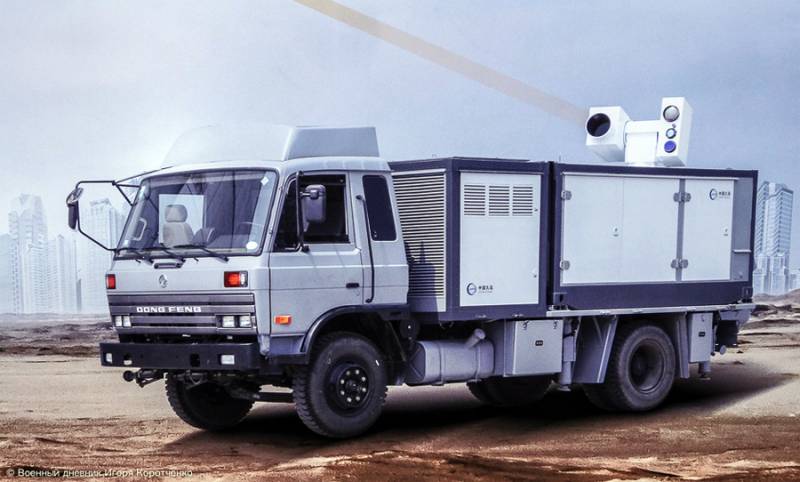 At present, it is not known whether the "Silent Hunter" shot down 13 UAVs at one time, or shot down multiple times. If multiple UAVs are shot down in a single interception, it indicates the most critical problem that restricted the laser interceptor before. has been resolved. Previously, the biggest bottleneck of the laser interceptor, in addition to power, was to shoot multiple times in a short period of time, because the energy and heat dissipation issues involved, as well as the sensitivity and accuracy of the tracking equipment, were difficult to handle. And only when the problem of multiple shots in a short time is solved, the laser has real combat value.

And more from inf.news article.

The first actual combat of the laser cannon, the Silent Hunter successfully shot down the drone, Saudi Arabia: This time I bought it right again​

In everyone's imagination, the war in the 21st century should be fought with laser weapons, and now, it has finally become a reality. On March 6, at the first Arab World Defense Exhibition opened in Riyadh, Saudi Arabia proudly announced that the "Silent Hunter" laser air defense system purchased from China has achieved the first shot down under actual combat conditions. 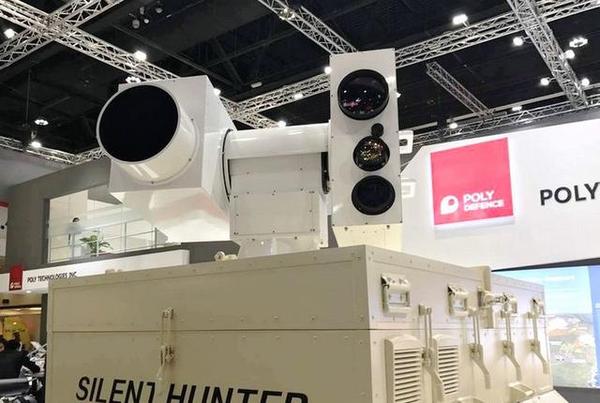 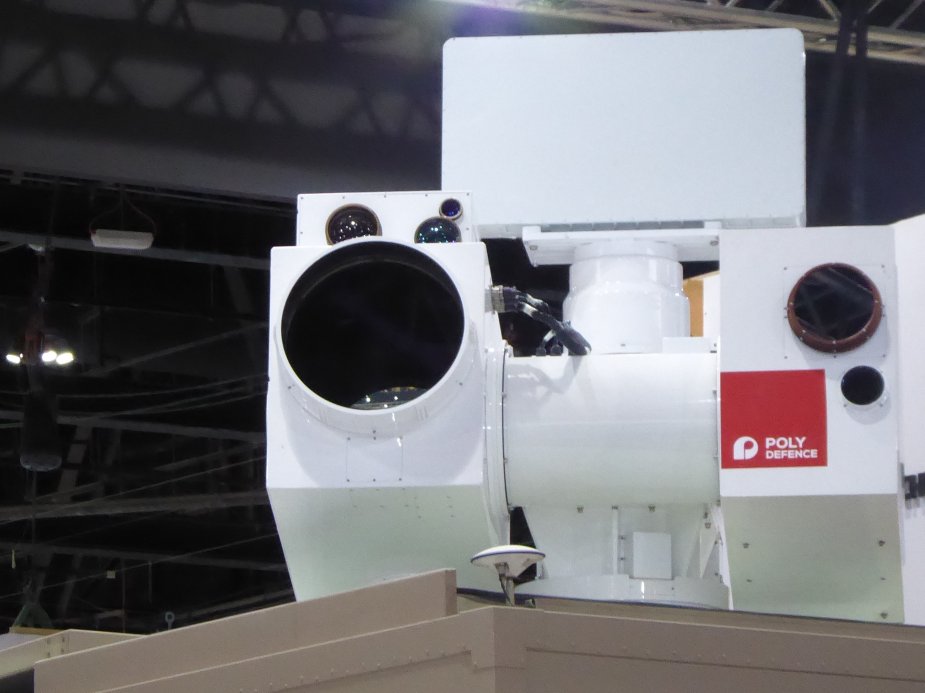 At present, the Saudi side has not disclosed the specific situation of the actual combat. Did it shoot down the drone or the missile? There is no way to know, but the outside world speculates that it is a drone. As for this "Silent Hunter" laser air defense system, everyone should be familiar with it. Whether it is the Zhuhai Air Show or the Abu Dhabi Defense Exhibition, it has been publicly unveiled many times. The standard output power of "Silent Hunter" is 30 kilowatts and the maximum range is 4000 meters. It is said that at a distance of 800 meters, it can burn through 5 layers of 2 mm thick steel plates, and at a distance of 1000 meters, it can burn through 5 mm thick steel plates. very big.

According to the data, the power of "Odin" is about 60 kilowatts. It has been publicly installed on the B gun position of "Dewey" for testing as early as November 2019, but its main function is still dazzling interception. And our "Silent Hunter" has an output power of only 30 kilowatts, but it can shoot down drones and burn through 5 to 10 mm of steel plate, which means that if time is enough, it can intercept cruise missiles and even " It seems that the output power is not the only indicator that determines the burn-through effect of laser weapons for guided munitions such as the Javelin.

The U.S. Navy can achieve a similar interception effect as the "Silent Hunter" is the LWSD MK 2 MOD 0 solid-state laser weapon system, which was installed on the LPD-15 "Ponce" as early as 2012. , when it had only 30 kW of power. On May 16, 2020, the LPD-27 "Poland" dock landing ship used its LWSD MK 2 MOD 0 solid-state laser weapon system to successfully shoot down a drone with an output power of about 60 kilowatts at that time; On December 14, 2021, the "Portland" once again used it to destroy a small boat within sight range, and it is said that the theoretical maximum output power has reached 150 kilowatts.


In addition to this, the U.S. Navy has a 30-kilowatt LaWS (AN/SEQ-3) and a more powerful "high-energy laser against anti-ship cruise missiles" HELCAP program, which is mainly used to track and destroy cruise missiles, but a too Weak, the other is not going well. Only Lockheed Martin's HELIOS "High Energy Laser and Integrated Optical Dazzling Surveillance" system, worth a look, has an output of around 60 kilowatts. 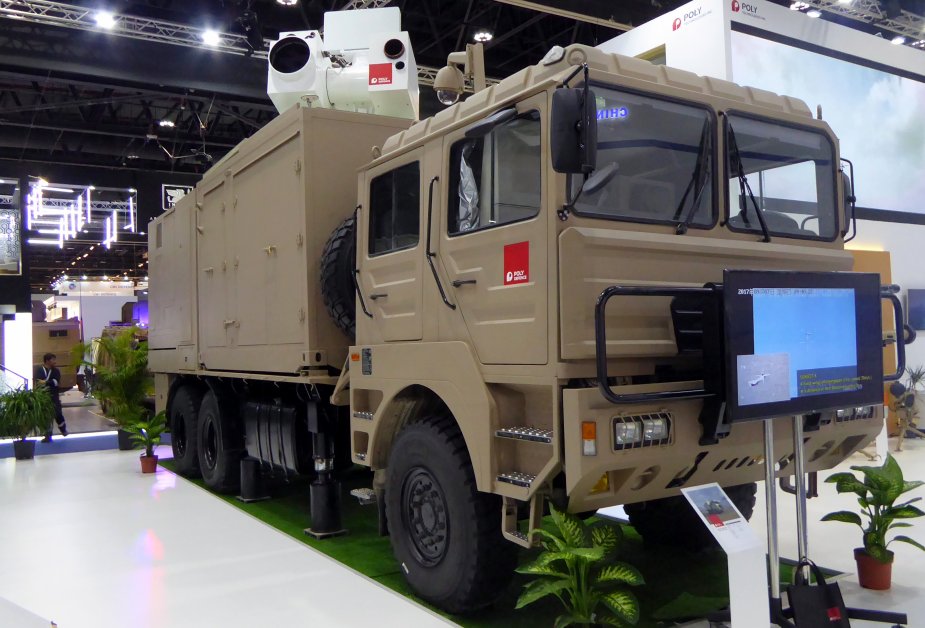 In the field of laser weapons, not to say that we are ahead of the United States, at least it is on the same level. For example, the world's most powerful carbon dioxide laser is ours, but we will not shout like the United States. In addition, the name "Silent Hunter" is also quite good, and China's domestic weapons are more and more named. Of course, you can also translate it as "silent hunter".

VIP Professional
Registered Member
This is kind of interesting. China's dealing with Saudi Arabia has certainly gotten the attention of DC elites. There is speculations of China helping the Kingdom to build ICBM. Up to this point, the Saudis have had to listen to US multiple times, since US government can just threaten to get up and leave and no longer protect them. If China supplies the Saudis with the latest weapons, this equation might change. And where Saudis go, the rest of the Arab countries go also. US is unlikely to improve the type of weapons they export to the Middle East under the Biden administration. China has a few years to get those lucrative Arab military contracts. This video also commented on the importance of China buying oil off the Saudis in RMB. Well if the Saudis are buying mass quantities of fighter jet, ballistic missiles and naval ships from China, it wouldn't be a problem for them to get paid in RMB. We have MBS looking to expand beyond American protection and China more than willing to cooperate in that matter.

Algeria has traditionally purchased mostly Russian weapons. I think they are going to switch to mostly Chinese weapons going forward.
A

Seems all of North Africa is. It will not be a surprise when we find that the whole North African airspace and eastern med is covered by China exported radars.

From Morocco to Serbia. an A2AD space is quietly being built.

Staff member
Super Moderator
Said to be used in conjunction with Silent Hunter, with great success.

siegecrossbow said:
Said to be used in conjunction with Silent Hunter, with great success.

@siegecrossbow so Sir we can conclude the First successful combat debut for lasers?

ansy1968 said:
@siegecrossbow so Sir we can conclude the First successful combat debut for lasers?
Click to expand...

13 kills, confirmed several months ago. Where have you been man?
A

siegecrossbow said:
13 kills, confirmed several months ago. Where have you been man?
Click to expand...

@siegecrossbow I know sir I post a Chinese article depicting such accomplishment, BUT heard nothing from major Western defense publication and blogs.

ansy1968 said:
@siegecrossbow I know sir I post a Chinese article depicting such accomplishment, BUT heard nothing from major Western defense publication and blogs.
Click to expand...

It is a leaked report by Saudi air defense. I expect mainstream Western reporting when more information is revealed about the intercepts.
You must log in or register to reply here.