SinoSoldier said:
How is an university able to do this? Is this some form of a government research grant or like some kind of student engineering club/society (my uni has a similar one)?
Click to expand...

SinoSoldier said:
How is an university able to do this? Is this some form of a government research grant or like some kind of student engineering club/society (my uni has a similar one)?
Click to expand...

Government funding. If there are strong cases made for commercial and/or military applications, there would be government support. It's another way for the scientific establishments in China to look for talent as well while getting University level students and researchers involved.

Obviously this project also seeks to promote Xiamen University and the city to Chinese. Government may have some interest in doing this.
Click to expand...

There are many private companies in China trying to get into the launch market. Some of them have already launched their rockets. Some are also making rocket engines. This particular launch is a collaboration between the university and a company in Beijing. The university makes the wave rider, while the company makes the rocket, there is another payload from Xi'an Electronic Tech University (former military) in the mid section.

It does not have to have state found as I see it. The launching capability is provided by a commercial company. The universities are just hitch hiking their payload. The payloads could be very well covered by the universities yearly budget. A lot of university do it to turn their researches into profitable business, like the carbon fibre business that was talked about here.
T

Registered Member
@SinoSoldier and @ougoah
Another thought, both university and research institute are state owned, that makes the distinction of Government funding vs. "self" founding irrelevant. The strict government funding can be defined as a project that the state has a dedicated budget with a clear defined outcome. The university and research institute have their fixed annual budgets (still mainly but not exclusively government funding) to do their own work (self produced outcomes). The payloads in this launch are such self produced outcomes, similar to FC-31 being a "private" project of SAC.
L

The launcher, with a mass of 3.7 tons and co-developed with the startup Space Transportation Technology (北京 凌空 天 行 科技 限 有限 責任 公責任), took off on April 23 at 07:28 Beijing time from a firing point in the desert located in western China.

The whole was recovered to the ground, intact, after a flight that took place entirely inside the atmosphere whose duration remains unknown. It is known, however, that the craft is 8.7 meters high and has wings with a wingspan of 2.7 meters. "Jiageng 1", or 嘉庚 一号 in Chinese, is indeed a winged pitcher.

According to the published facts, this first test not only tested the aerodynamic characteristics of the "double waverider" concept designed by the University of Xiamen, but also experimented with the recovery of the rocket and its payload thanks to parachutes and air cushions, as well as ground control and monitoring system 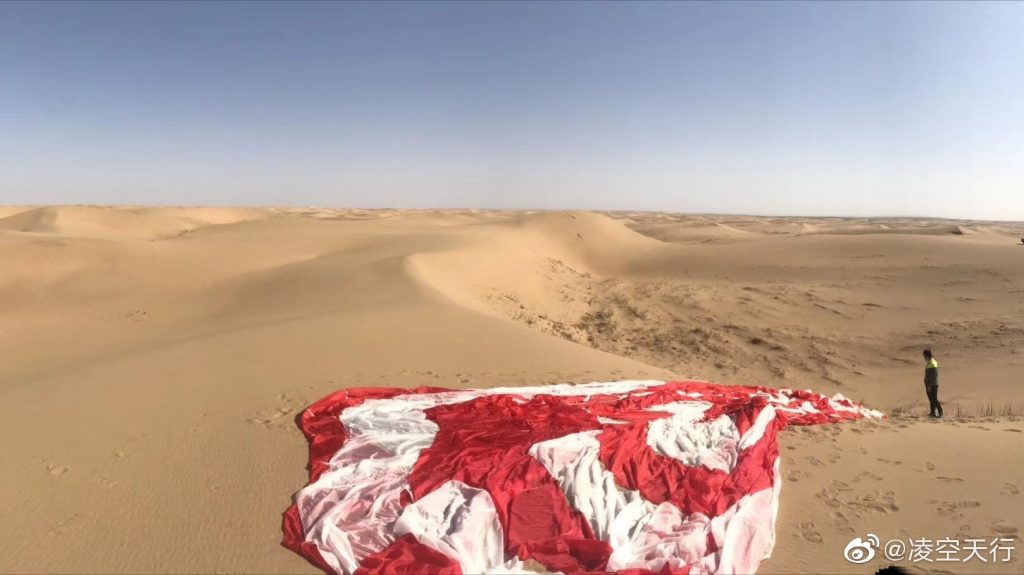 If the fact that the hypersonic domain has become one of the most promising fundamental research topics in China remains undeniable, and that many academic and industrial actors are surfing on this upward trend and benefit from various financing, the case of the University of Xiamen and Space Transportation Technology remains interesting and still raises some questions.

Starting with the development cycle - 7 months according to the Chinese faculty. In its article published the same day of the launch, Xiamen University announces that the joint teams with Space Transportation Technology have completed the design, manufacture and launch mission in just 7 months. In other words, the XTER-1 project, a double-waverider machine tested during the flight, and the Jiageng-1 launcher, was started in September 2018.

A record speed certainly, but surprising, to ask how this is possible. A quick search on the startup Space Transportation Technology suggests that its leader, WANG Yi Dong (王毓栋), would be a known researcher in the hypersonic field and a former CALT Institute, builder of most Chinese rockets Long March. WANG was invited to present his research at the first conference of the Chinese Aerodynamics Research Society in 2018.

So we could have thought of a classic collaboration, where Xiamen University provides the payload, namely the double waverider XTER-1, and Space Transportation Technology rocket and launch services. But we learn that the Jiageng-1 reusable winged launcher is developed on the basis of Tianxing I (天 行 I), which has a priori never flown before.

And a NORINCO publication sows even more doubt in the story. In fact, the Chinese land-based group has welcomed the success of its powder engine, which propelled Jiageng-1 and XTER-1 in their inaugural flight, in an article published on his social network account Weixin. It is also the first flight for this NORINCO engine, and the article mentions an altitude of 27.4 km reached by the craft, unlike the 26.2 km mentioned by the University of Xiamen and Space Transportation Technology in their communication. 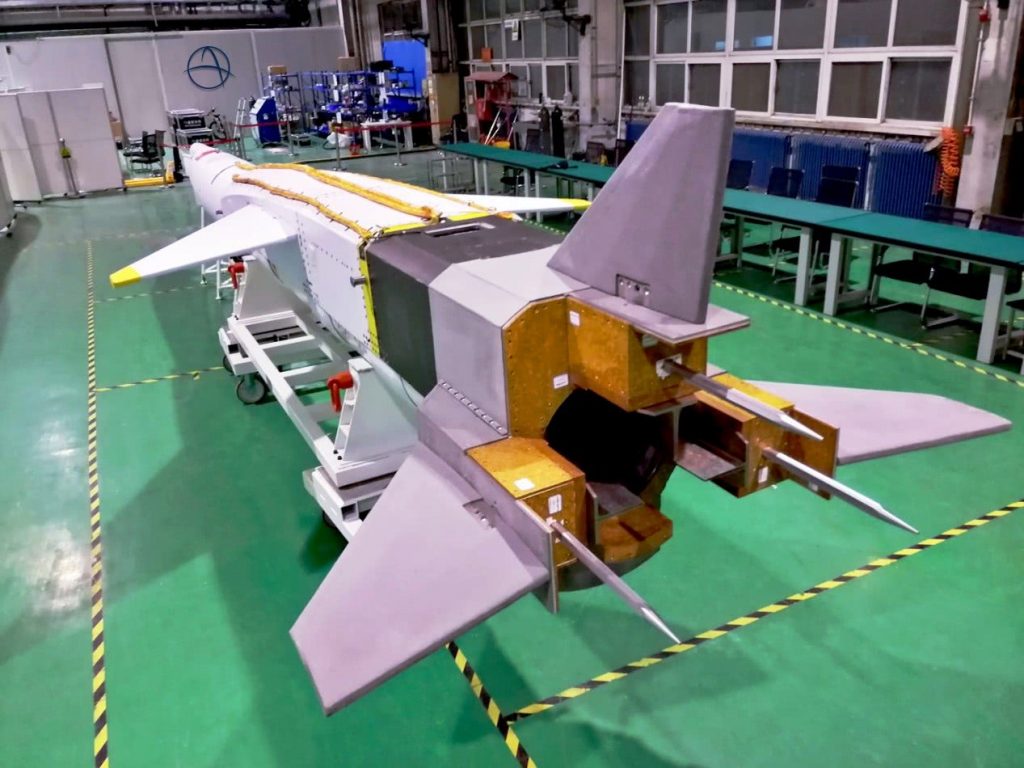 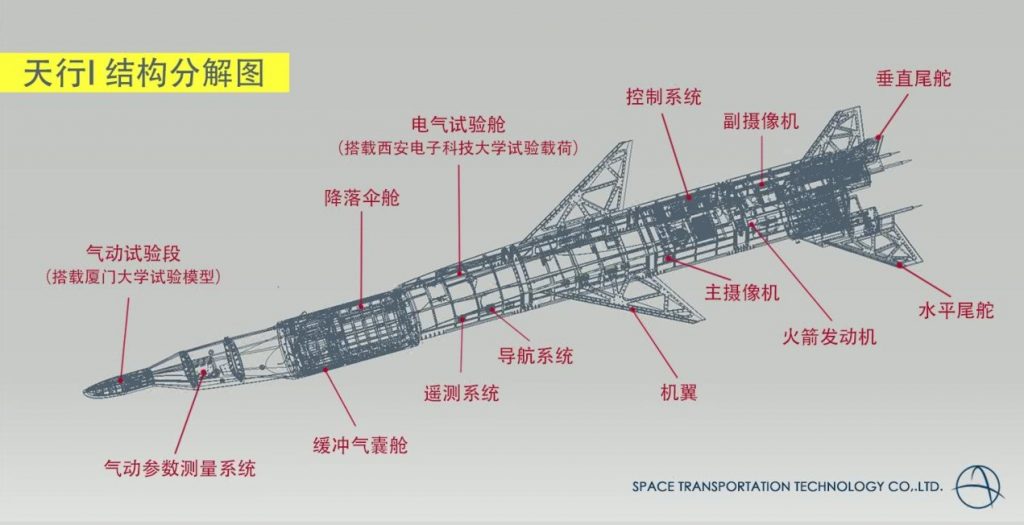 As for the question about the speed of point reached during the flight, there are indications that Jiageng-1 carrying XTER-1 on its tip has spun to Mach 4 before making a big turn to slow down and gradually reduce its speed. at Mach 0.35 when he returned to the ground in glider mode.

Among the payloads, apart from the XTER-1 that is designed to test the hypersonic domain, are about a dozen measuring equipment designed by Xidian University, an institution specializing in electronics in Xi'an, including two High energy particle sensors and a low power integrated camera as well as UWB wireless data transfer systems. 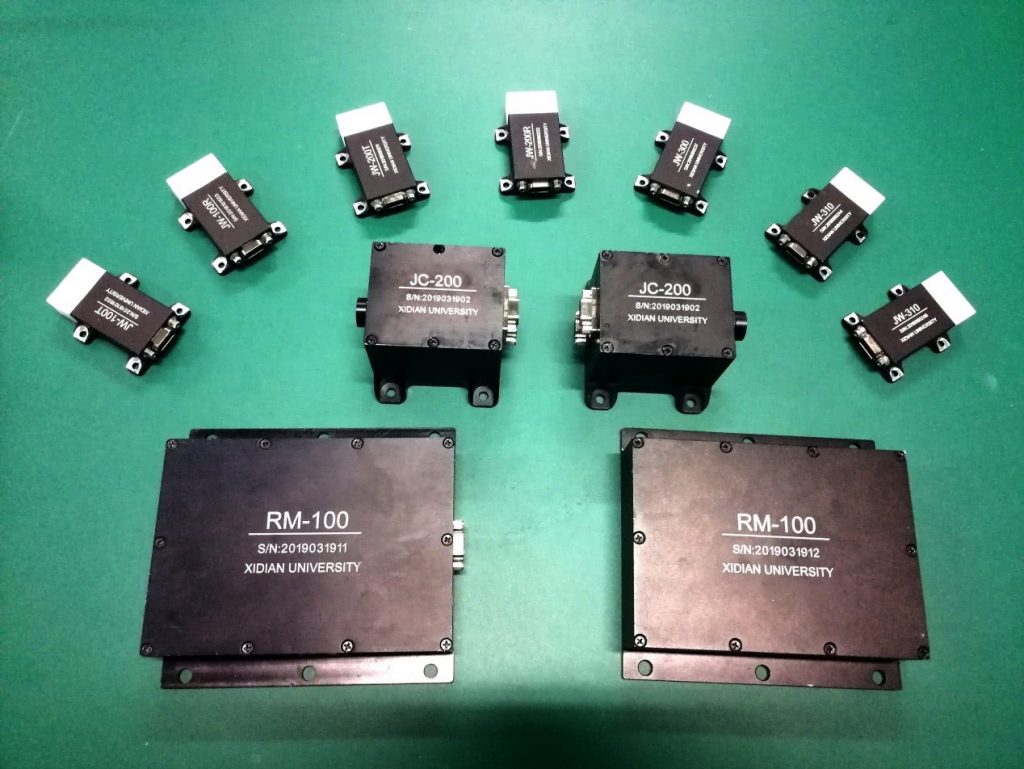 It should be noted that contrary to what some media claim about the military nature of the project, XTER-1 is being developed as part of the TBCC Civilian Propulsion System program (民 机 涡轮 基 组合 动力 系统), which aims to increase the speed of today's transport planes by five and arrive anywhere in the world in two hours.

The analysis of the R & D publications shows that Xiamen University has indeed been conducting research into the aerodynamic design of hypersonic equipment since at least 2007. The configuration "Double waverider" is among the candidates in study for the design of the entrance of hypersonic air.

The articles of the Chinese faculty suggest that several flights are yet to come.

One of the new talking points distributed to all the China-bashers is to point out that China's Silicon Valley in Shenzhen is no real competitor to the US because there are no universities of worth like Stanford and UC Berkeley are near Santa Clara. Irrelevant but the point being made is if anyone doesn't follow exactly how the US does it, it's a failure. I think Chinese universities and Shenzhen are doing just fine without following the US model.
O

Registered Member
Does anyone know a translated version of the diagrams? Is it just testing the airframe and pushing itself using a standard rocket engine?

AssassinsMace said:
One of the new talking points distributed to all the China-bashers is to point out that China's Silicon Valley in Shenzhen is no real competitor to the US because there are no universities of worth like Stanford and UC Berkeley are near Santa Clara. Irrelevant but the point being made is if anyone doesn't follow exactly how the US does it, it's a failure. I think Chinese universities and Shenzhen are doing just fine without following the US model.
Click to expand...

Not to mention Silicon Valley along with UC Berkeley and Stanford NEED some over seas Chinese to do a lot of their high tech R&D as well.
You must log in or register to reply here.