China's tax refunds, as well as tax and fee cuts and deferrals reached 2.58 trillion yuan (about 384 billion U.S. dollars) from the beginning of this year to June 25, as the country unveiled a slew of supportive policies to ease enterprises' burden, official data showed Thursday.
Among the total, value-added tax credit refunds hit 1.83 trillion yuan, 2.8 times the annual amount of last year, while preferential tax and fee reduction policies helped companies save 285.9 billion yuan, Cai Zili, an official with the State Taxation Administration told a press conference.
The deferred payment of tax and fees during the period came in at 463.2 billion yuan, effectively helping enterprises increase their cash flows, Cai said.
Priorities have been given to small businesses as nearly 70 percent of the tax and fee support went to micro, small and medium-sized enterprises.
Last year, China's tax and fee reductions totaled more than 1 trillion yuan, according to this year's government work report.
Data from the administration also showed that China's economic recovery accelerated with the implementation of a package of pro-growth measures.
In May, sales revenue of Chinese enterprises logged a year-on-year increase of 1.9 percent. From June 1 to 25, the growth of enterprises' sales revenue was 6.8 percent, Cai said.

Registered Member
Wasn't the Comac C919 supposed to be competing with the A320neo and the 737max? Is it still not ready?

Registered Member
Important to factor in that the final assembly plant Airbus has in Tianjin, and that these new A320 orders will almost certainly be delivered from said facility. Not only is this good for the Chinese economy, it theoretically builds towards improving/strengthening Sino-EU relations.

Comac is far away from fullfilling chinese demand
K

The Caixin manufacturing PMI, which puts more weight on private, medium, and small business, performs even better than the national manufacturing PMI. This pretty much turns the narrative that "the U.S. will outperform China in 2022" on its head. For the U.S., it may enter a recession before the EU does at this point.

A massive "fuck you" to Boeing and the US.... and considering what happened recently over Guangxi. 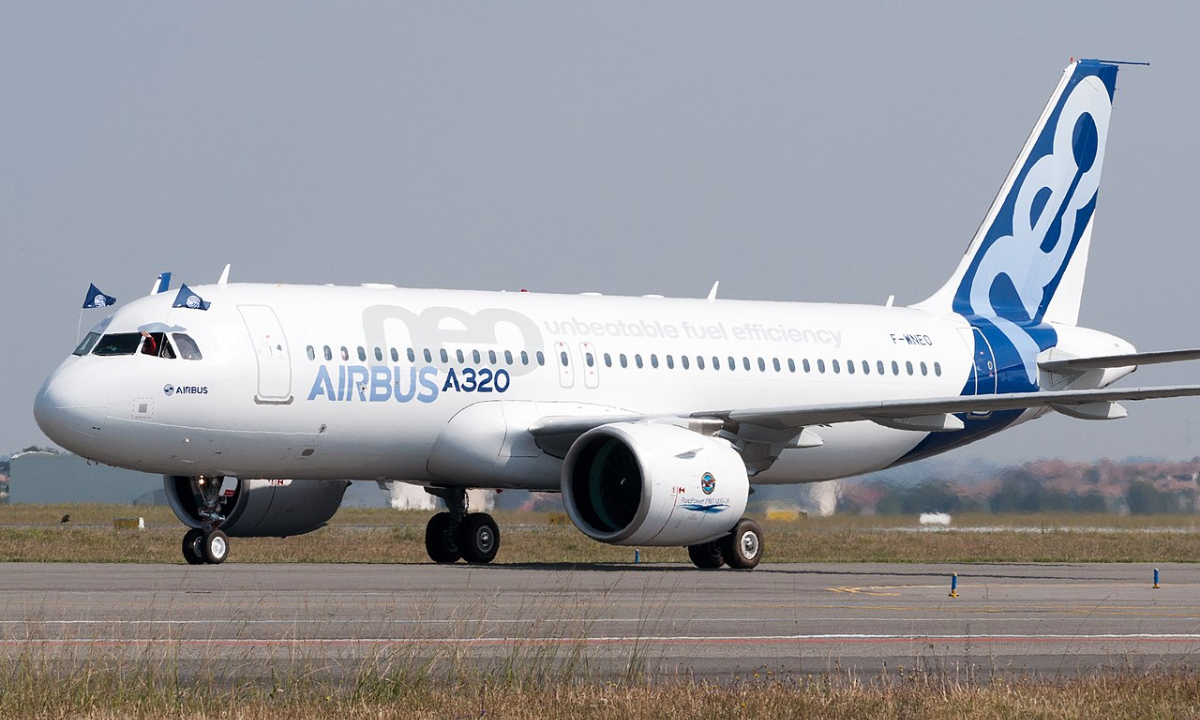 It is the second time China has signed such a big deal since Chinese leaders visited Europe in March 2019, when Airbus signed a deal worth tens of billions of dollars to sell 300 aircraft to China.

In spite of disagreements between China and Europe from time to time in political areas, the economic and trade ties remain tight and are mutually beneficial, Chinese observers said.

China Southern Airlines said it has signed a deal for 96 A320NEO aircraft worth a total of around $12.25 billion.

The carriers said the new orders, which are expected to be delivered from 2024, will help increase their flying capacity and meet the renewal needs as older aircraft are retired.

"It is a release of years of pent-up demand," market watcher Qi Qi told the Global Times on Friday, adding that the big purchase shows China's market potential and also the airlines' confidence in the recovery of the Chinese aviation market.

Although the aircraft will be delivered within four to five years, the deal will barely be enough to meet the demand, said Lin Zhijie, another market watcher.

It is a necessary move given China's colossal civil aviation market, Cui Hongjian, director of the Department of European Studies at the China Institute of International Studies, told the Global Times on Friday.

The European economy has been hit hard by the COVID-19 pandemic and the on-going Russia-Ukraine conflict, so the order represents good news, Cui said, adding that China and Europe have formed a good cooperative foundation in the civil aviation industry.

In May this year, top leaders from China and France held a phone conversation discussing cooperation in traditional fields, and the two sides agreed to enhance exchanges in nuclear energy, aerospace, artificial intelligence and clean energy.

Boeing, the main competitor for Airbus, has struggled to win a big order from China recently. The last large deal was in November 2017 when China signed a purchase deal with Boeing for 300 aircraft. It came when US President Donald Trump visited China, and the order value was more than $37 billion.

Since then, Sino-US relations have become more complicated and Boeing also lost confidence in the market due to crashes. Its best-selling B737 MAX has so far failed to return to service in China and has not received new orders. There have been some small orders, such as in May 2022, when China Eastern said it would introduce 38 aircraft, including four Boeing 787s.

Airbus told the Global Times on Friday that it now has a market share of 53 percent. In 1995, its market share in China was only 9 percent.

Cui said China's civil aviation market remains open and Chinese airlines' cooperation with Boeing and Airbus has remained generally balanced as far, but it needs to be pointed out that the devastating plane crashes involving B737 jets have undermined the market's confidence toward the plane maker.

Airbus delivered a total of 611 commercial aircraft to 88 customers last year, an increase of 8 percent from 2020, maintaining its position as the world's largest aircraft manufacturer for the third consecutive year.

Boeing delivered 340 planes, about half as many as Airbus, but also recorded a significant increase compared to 2020, up 117 percent year-on-year.

With the gradual lifting of the 737MAX flight ban globally, deliveries of the 737 series have rebounded significantly, but the Boeing 787 Dreamliner has been hit by manufacturing problems and delayed deliveries.
You must log in or register to reply here.