the wording used was not correct

Staff member
Super Moderator
A most impressive image showing the home of the PLAAF's 4th Transport Division - in fact the 10th and 12th Air Regiments - at Chengdu / Qionglai together with 8 Y-20A and 23 Y-9 transports.

Y-9 cockpit from another perspective. 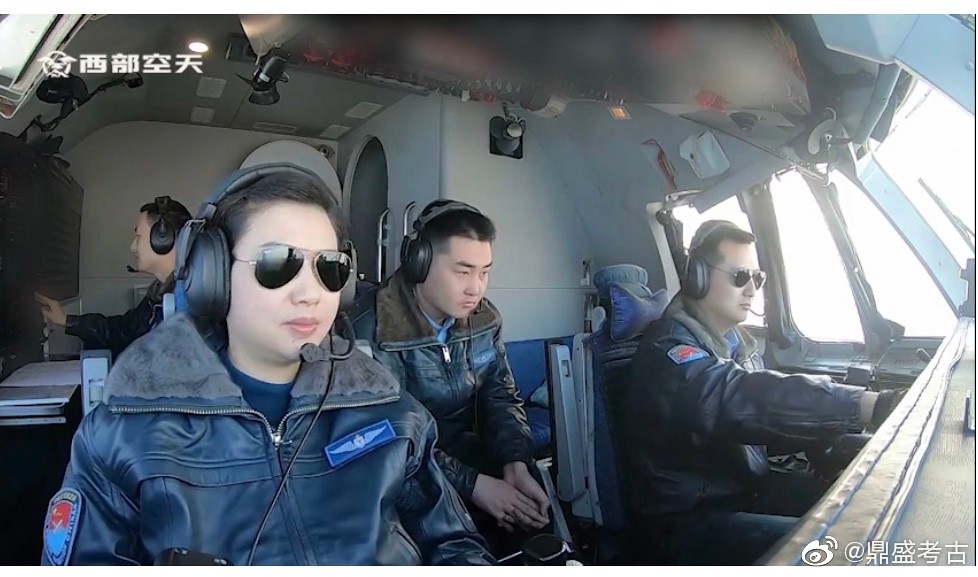 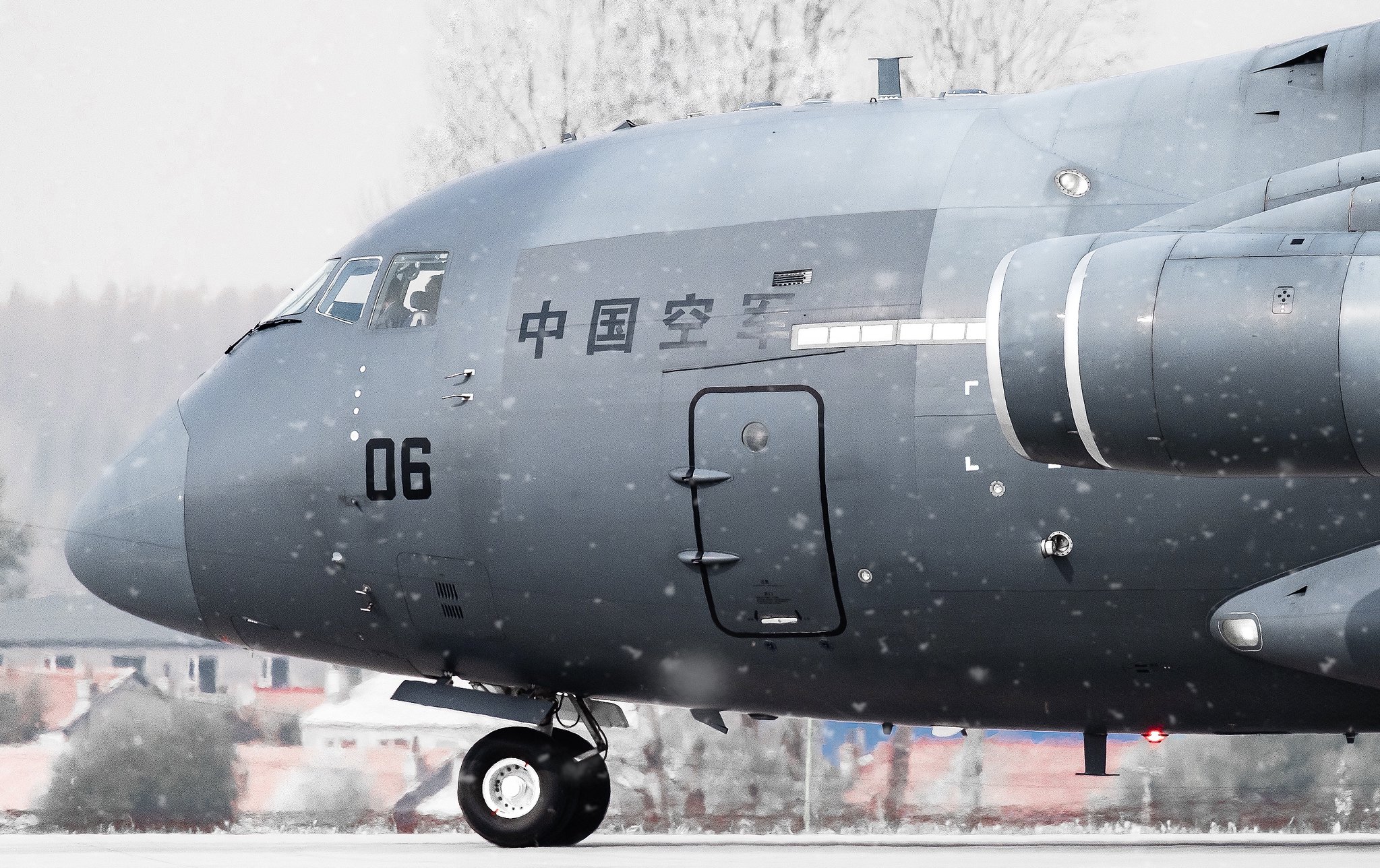 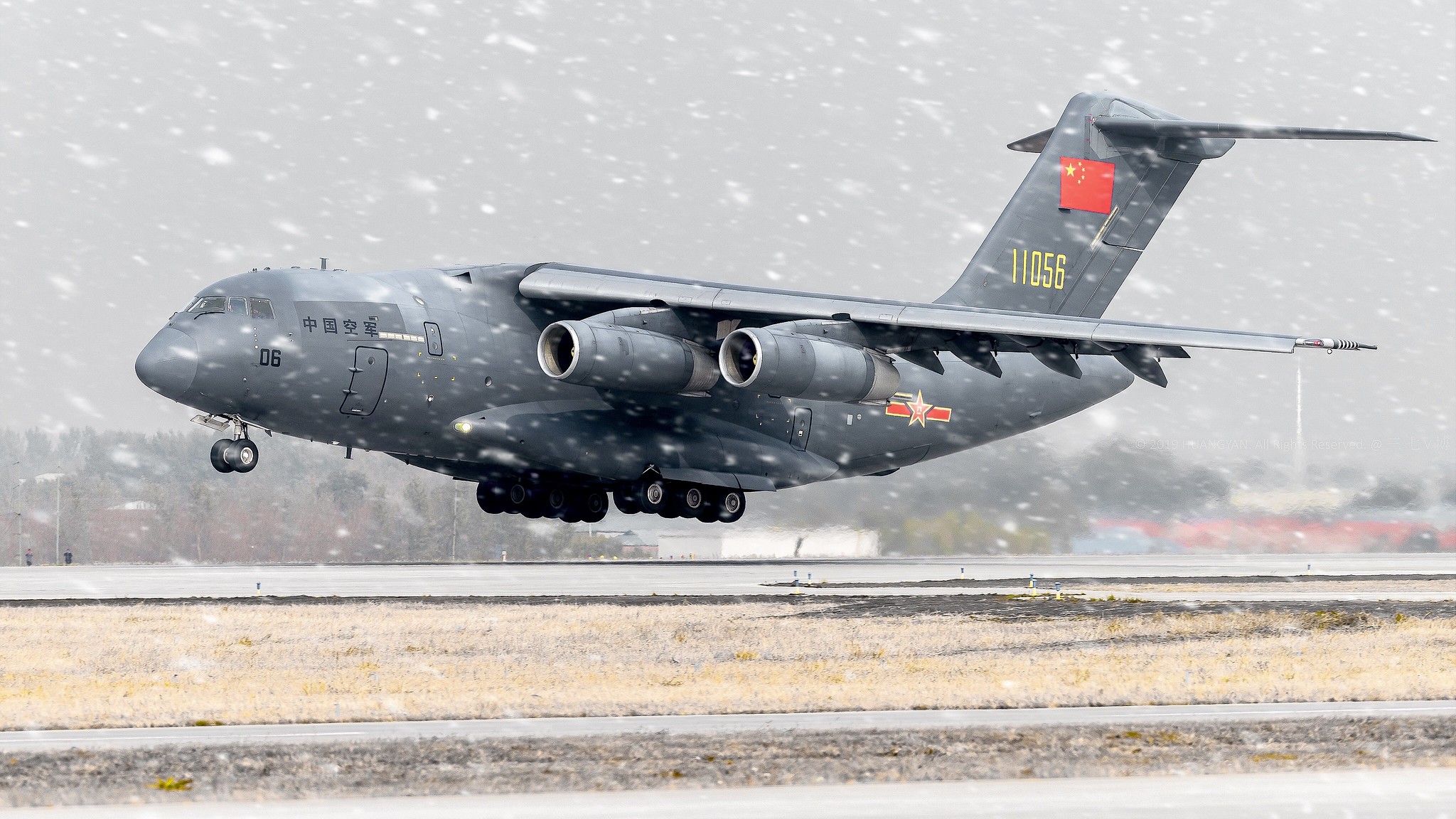 Just loved this fat bird. And after Wuhan, I love it even more. Particularly the circumstance leading to the development of this, much needed airlift.

And now the country in need, and this aircraft delivered in spades! And please don't read too much into this, when I said, The engineers and technicians that made it possible is also the heros of Wuhan. (not taking anything away from the medics and others that built and manned the hospitals in Wuhan).

Another image of Y-9's cargo hold. 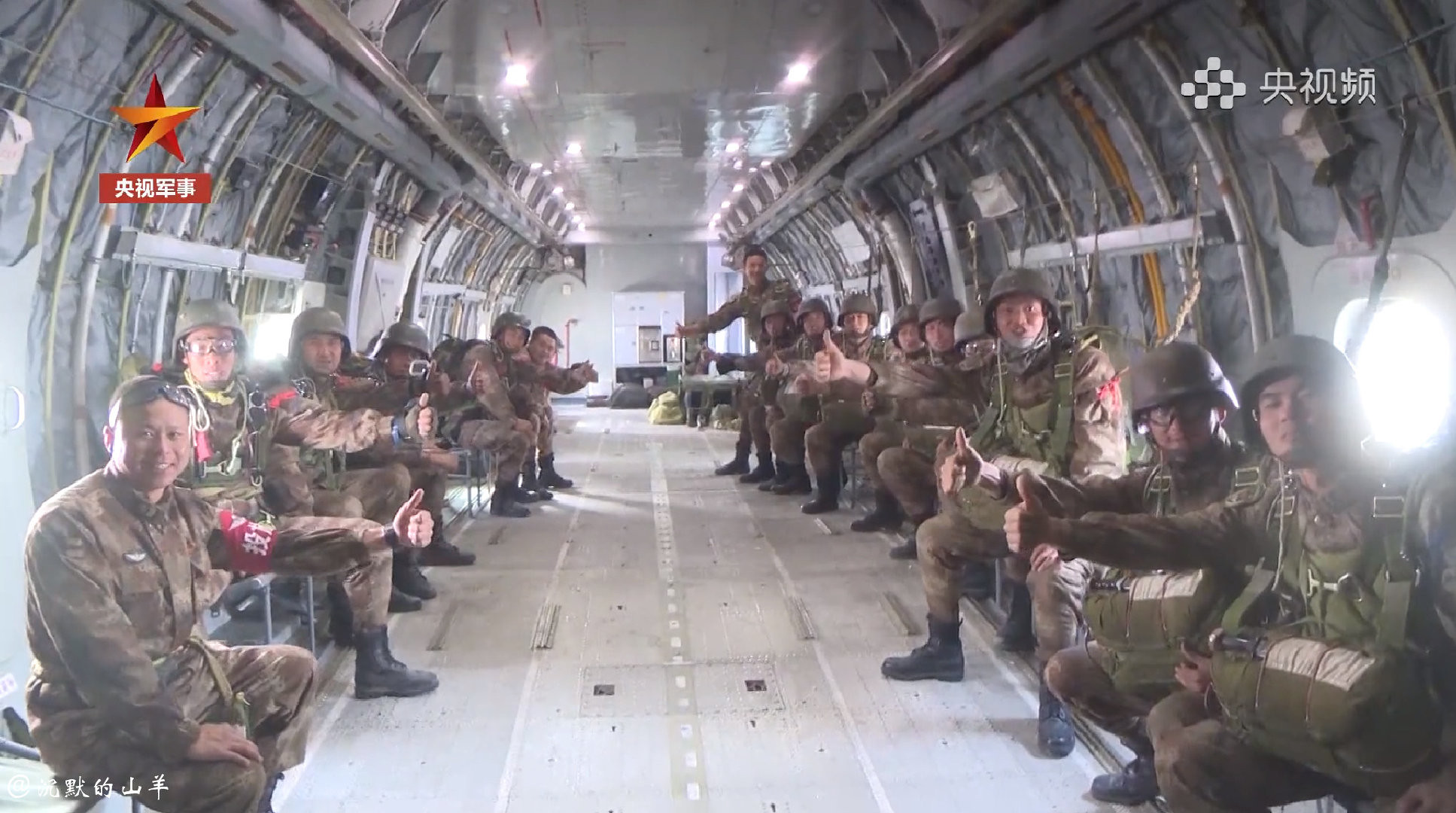 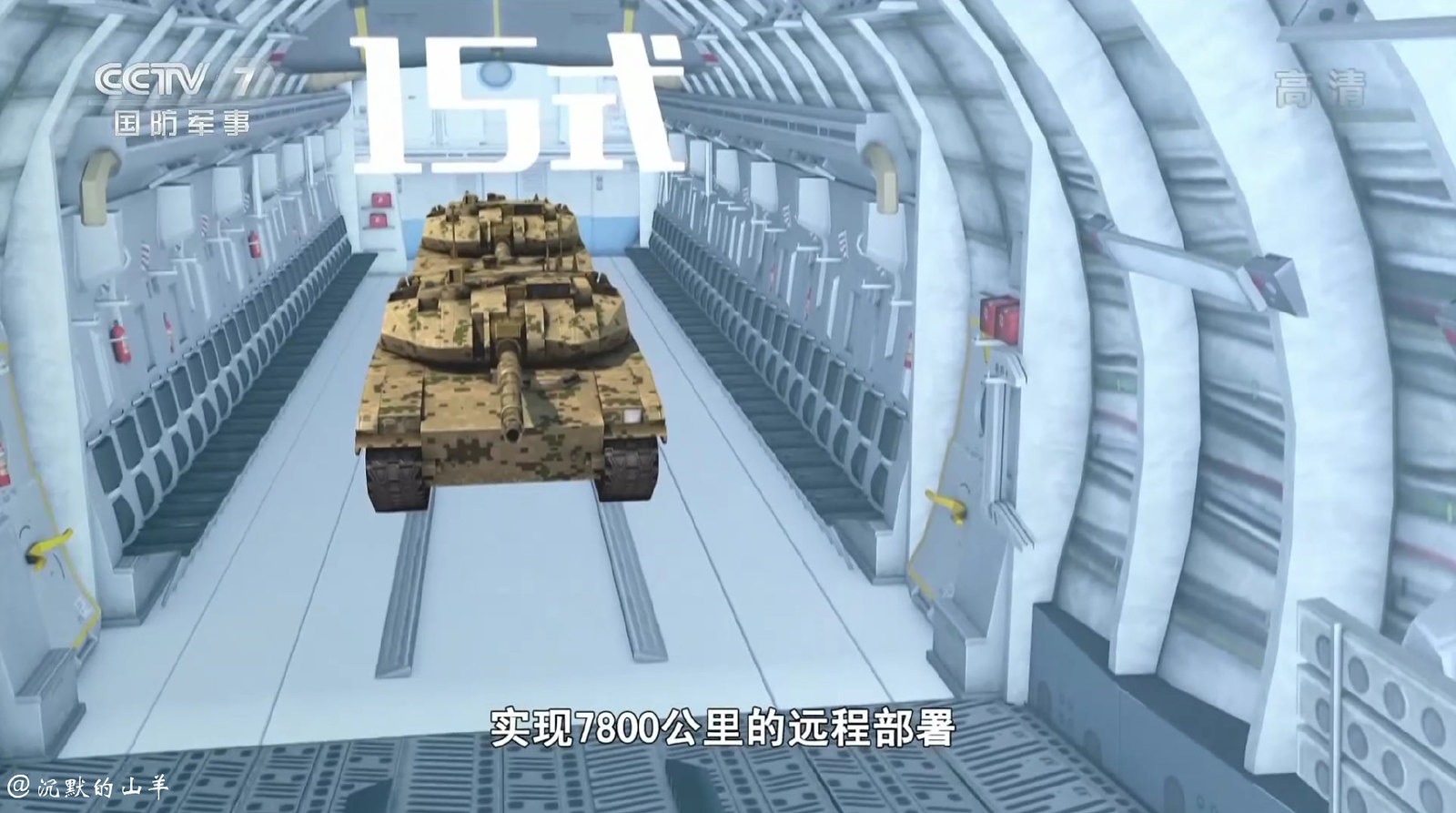 VIP Professional
I wouldn't be so quick to take that info for granted. It wouldn't be the first time some pundit on CCTV said something that wasn't necessarily true. Perhaps it was miscommunication or something else, who knows.

Of course, this assumes the program meant the following: Two type 15 tanks carried out to 7800 km.

If so, why is that not likely? While exact weight of Type 15 is unknown, the VT5 is most likely a similar category tank, and its weight is known, at 33 tons. So we're probably somewhere between 60 to 66 tons for the weight of two tanks.

While Y20 is very likely able to carry 66 tons of payload - carrying that much to 7800 km away sounds weird, when compared to other similar planes. Here's some data:

Above are taken from fairly reputable sources, from payload/range graphs.

My own commentary: C141B has roughly similar class engines to what Y20 has. It also had added weight, making it a bit less efficient than its shorter A variant.
C17 has better engines than either Y20 or il76md-90a. And the latter has better engines than regular il-76 and y20 which use the same generation engines. il76-90a also has redesigned wing structure with modern production process, to make it lighter and stronger.
A400m has perhaps the most fuel efficient engines of them all but is smallest and doesn't fly far away with payloads close to its max capabilities.

Mid point figure between basic il76 and 90a variant would be some 40% of its max payload to 7800 km. If max payload is 66 tons, then that'd amount to 26.5 tons out to 7800 km.
Of course, y20 does probably benefit from somewhat more advanced aerodynamics and lighter construction. So lets take the option of comparable performance to 90a variant of il76. That amounts to little under 31 tons out to 7800 km.
But even C17, which is larger, has better engines, has potentially better aerodynamics and probably doesn't fall that much behind in construction can get only to 45 tons at 7800 km.

Staff member
Super Moderator
Concerning this news I must admit it is indeed surprising, skeptical and in fact question its credibility, since we usually thought, the Y-20 won't be able to carry one of the Type 99A MBTs (or about 58t).

But these are just my thoughts.

Here's the full report if not already posted:

By using this combination, China can quickly send powerful armored reinforcements into difficult environments at high elevations, among mountains or in water-rich locations, they said.

Thanks to the Type 15 tank's light weight of about 30 tons, a Y-20 can carry two of them at once and achieve long-range deployment of 7,800 kilometers, state broadcaster China Central Television (CCTV) reported on Wednesday, revealing this combination for the first time.

The Y-20 can also carry one Type 99A main battle tank, which weighs about 50 to 60 tons, but this new combination can enhance the Chinese military's strategic transport capability by offering different tactical choices, Fu said.

The lightweight Type 15 is designed to efficiently operate in difficult terrains at high elevations, in mountainous regions and water-dense areas, where a heavy tank like Type 99A may not perform at full potential, Fu said, noting that two lightweight tanks can also outperform one heavy tank in some combat scenarios.

Multiple Y-20s can also transport a mixture of Type 15s, Type 99As and other kinds of armored vehicles, leading to a significant improvement in China's long-range rapid deployment, Fu said.

China has a vast territory, and having a good aerial transport capability will optimize the military's power and structural deployment, military expert Ge Lide said on CCTV.

The Type 15 made its public debut at the National Day military parade on October 1, 2019 in Beijing, and some Type 15s were deployed in exercises in the plateaus of Southwest China's Tibet Autonomous Region in January 2020.

The Type 15 tank is the world's only modern lightweight tank in service, Chinese military magazine Weapon reported in 2019, noting it is equipped with a 105-millimeter gun and advanced sensors that can "devastate enemy light-armored vehicles in regions not suitable for heavy main battle tank deployment."
Click to expand...

Staff member
Super Moderator
Something different ... At first I thought this might be the well known Y-20A no. 11056 (4. TD), but it lacks the yellow stripe ... then I thought it might be a so far not confirmed 20046 (13. TD), but also those attached to the 13th Transport Division lack that yellow stripe. So in fact I'm confused.