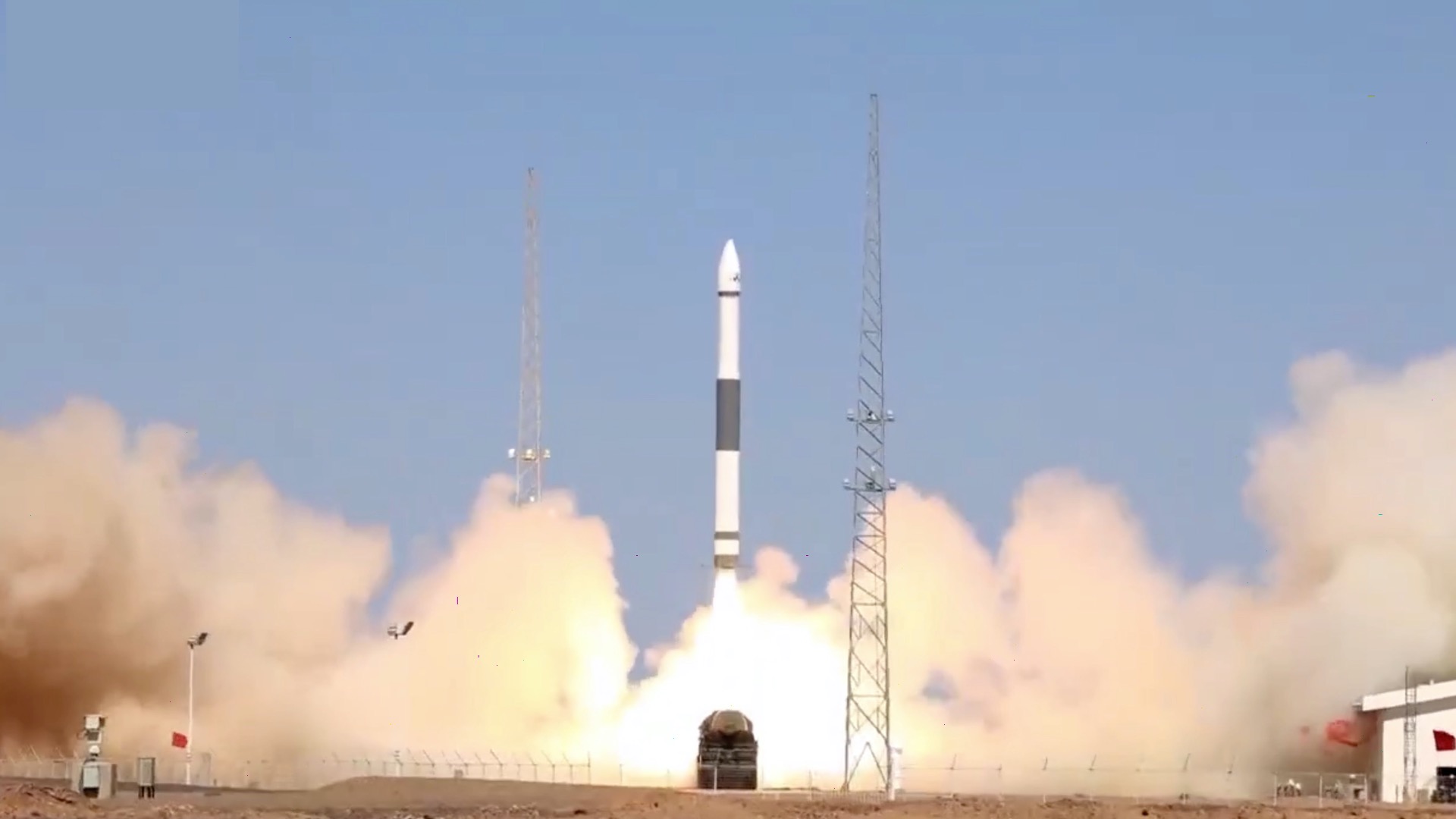 China successfully launched the Tianxing-1 test satellite into space atop the Kuaizhou-1A carrier rocket on Wednesday.

The satellite entered the pre-determined orbit, and the launch mission was a complete success.

The satellite is mainly used to carry out experiments such as space environment detection.

This mission is the 15th flight of the Kuaizhou-1A carrier rocket. 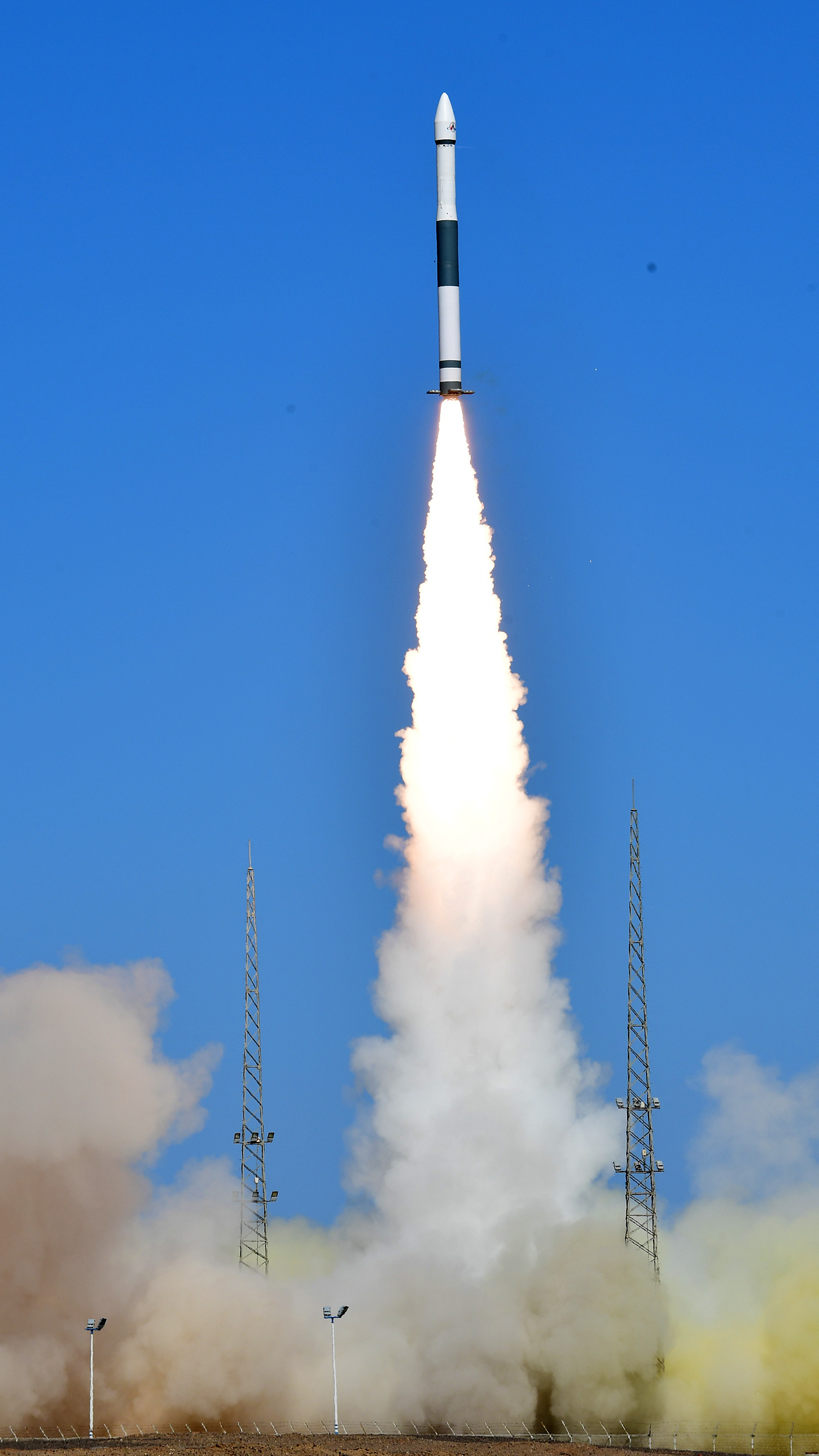 China successfully launched the Tianxing-1 test satellite into space atop the Kuaizhou-1A carrier rocket on Wednesday.

The satellite entered the pre-determined orbit, and the launch mission was a complete success.

The satellite is mainly used to carry out experiments such as space environment detection.

This mission is the 15th flight of the Kuaizhou-1A carrier rocket.

Kuaizhou-1A already finished return to zero after the last failure? 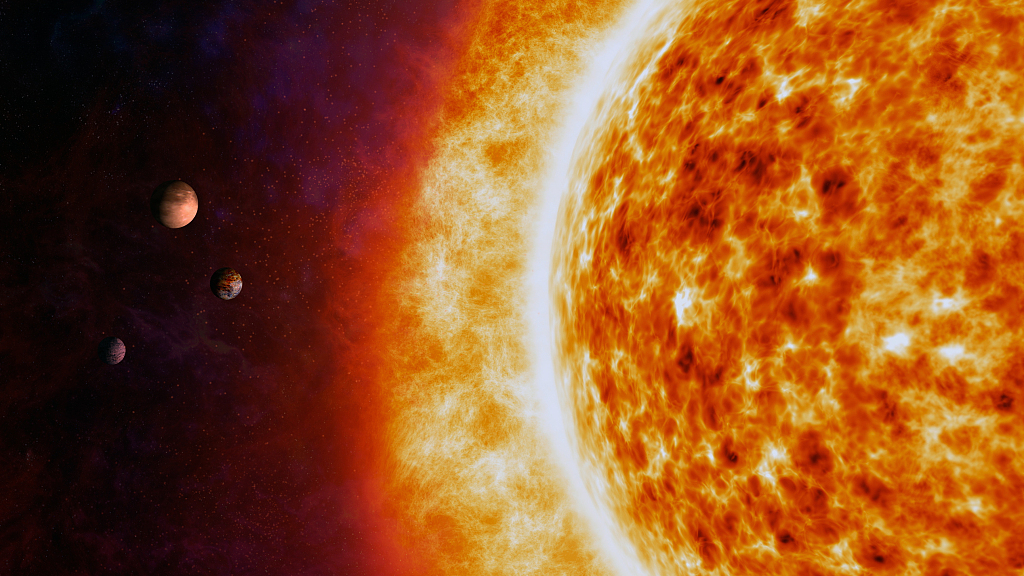 China reached a milestone with advancing efforts to build a solar power station in space in 2028, aiming to convert sunlight in outer space into electrical supply to drive the satellites in orbits or transmit power back to Earth, according to China's spacecraft maker China Academy of Space Technology (CAST).

The Space Solar Power Station (SSPS), a hotspot technology, is a space-based power generation system used to collect solar energy before converting it to electricity and then to microwaves. The sunlight is brighter outside the atmosphere and shines almost all day.
Next, the energy in microwaves is to be transmitted and harvested by the receiving antenna either in space or on the Earth's surface, which converts microwaves back to electricity.

A research team from Xidian University has wrapped up the world's first full-chain, system-wide ground verification for space solar power station this month with its self-developed OMEGA-SSPS ground test verification system, displaying multiple key know-hows for the futuristic project known as "Zhuri", or "chasing the sun" in English. 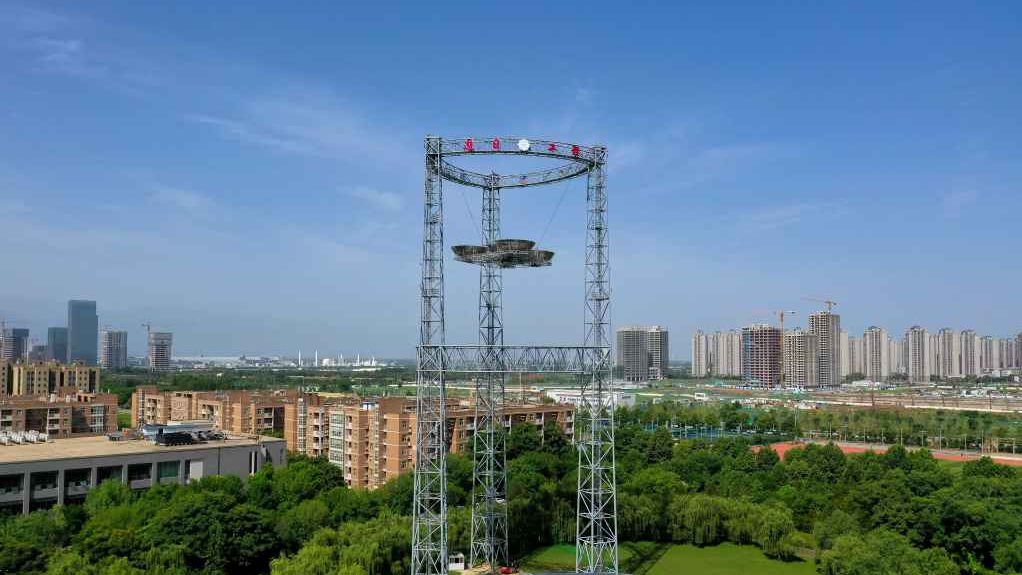 China's Zhuri project
On the south campus of the Xi'an-based university stands a 75-meter-high steel structure. It is Zhuri's ground verification facility.
The team led by Duan Baoyan, the 67-year-old antenna expert with Xidian University, is tasked with simulating the power generation and transmission on the ground. The primary technical challenge is to minimize energy loss during changes in various energy forms.
Firstly, the researchers worked to adjust the angles of the huge light collecting lens of the solar altitude. At the center of the lens are solar cell arrays linked to transmitting antennas. They tested the antennas that deliver microwaves remotely, to the receiving ones.
The experiments were both investigative and involved heavy labor work. To carry a 200-kilogram antenna, Duan had to recruit college students as temporary porters.

"You have to try again and again on the scene," said Duan. "Computer simulation does not work."

More than 100 researchers and students took part in the project. Thanks to their hard work, the verification successfully passed examinations on June 5, about three years earlier than expected. 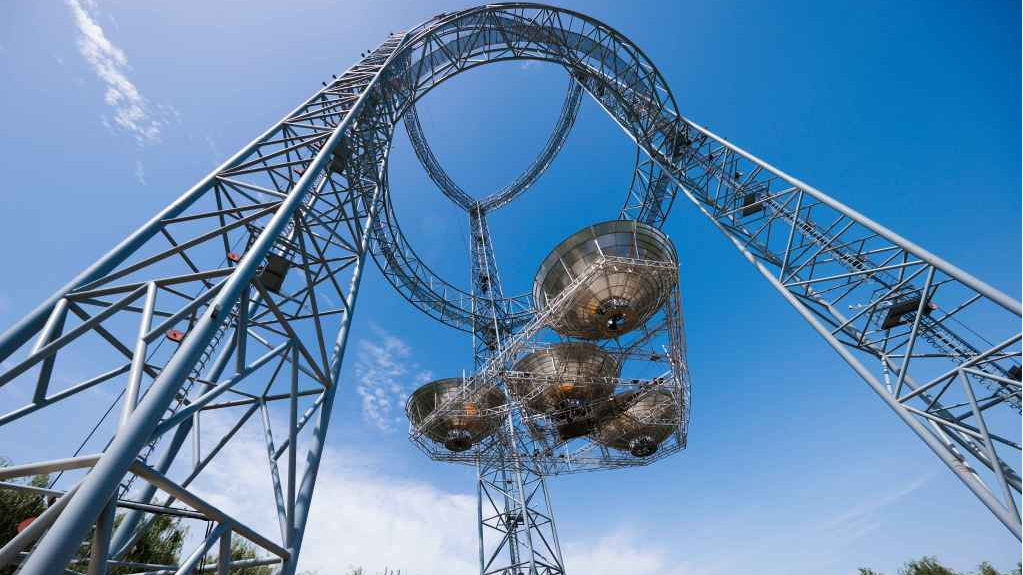 Global techs chasing the Sun
American scientist and aerospace engineer Peter Edward Glaser conceived the idea of using satellites to beam solar energy from space down to the Earth in 1968.

In 2015, Northrop Grumman Corporation in the U.S. sponsored a $17.5 million research over three years for the development of the Space Solar Power Initiative (SSPI).

Duan proposed in late 2013 to kick off China's own initiative and then his team put forward China's tech approach of SSPS called OMEGA.

"Compared with ALPHA, OMEGA's power-generating efficiency increased by about 24 percent, and it is easily controlled and has a better heat dissipation," said Duan.

Japan has included the space solar power tech into its national space development plan. Its scientists tested 55-meter remote microwave transmission in 2015, displaying its technical advantage in wireless energy transmission.
However, Japan's experiment is not full-chain since it lacks the test of light-to-electricity conversion, said Duan. 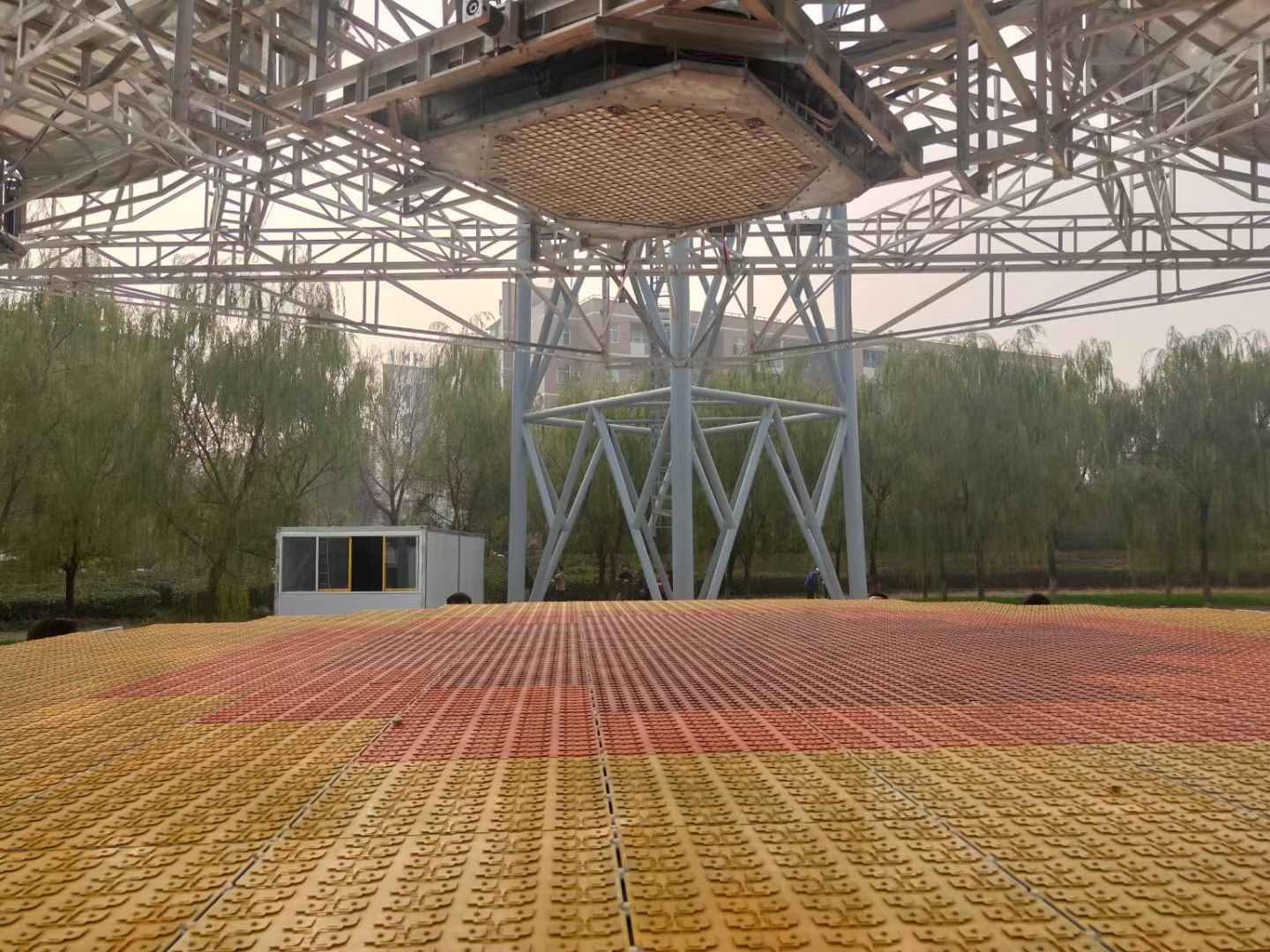 China's roadmap
Engineers from the CAST revealed a blueprint to promote this path-breaking technology earlier this month in a study published in the journal China Space Science and Technology.

A space high voltage transfer and wireless power transmission experiment is projected to be done in low Earth orbit in 2028, according to its plan.

The satellite will be capable of generating 10 kilowatts and carry a quarter of a solar cell array, a microwave transmitting antenna, a low-power laser transmission payload, and a transmitting array of a few meters, in order to test power transmission across distances of 400 kilometers from orbit.

By 2030, they plan to expand the solar array to generate over 100 kilowatts and test medium power laser transmission across distances of 36,000 kilometers. 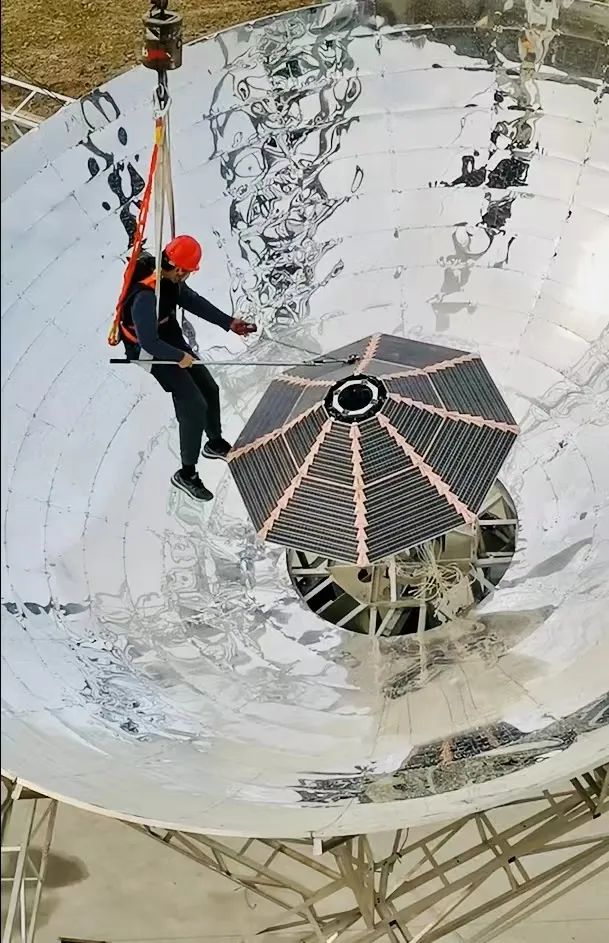 By 2035, the microwave transmitting antenna is expected to be enlarged to about 100 meters plus power generation of 10 megawatts. The goal in 2050 is to build a commercially operated solar plant that generates electricity of two gigawatts with an antenna that would be around one-kilometer and a complex solar cell array to be assembled in space.

"Space-to-Earth transmission is our final goal and it demands work of multiple years," said Duan. "But we can meet some near-term targets."

Duan said the solar energy in space can first be used to charge medium-to-small satellites. "Now, they have to be launched with huge payloads of solar panels and the panels are unable to harvest power in shadowed regions when orbiting behind the Earth."
In the near future, those satellites are expected to be equipped with foldable receiving antennas while casting off those solar panels, according to Duan.