t2contra said:
If I am not mistaken, Bombardier is closing only its aerospace business, despite CRRC's rise. Bombardier makes more technologically advanced trains and has diversified variety.
Click to expand...

They sold their train business to. They announced that earlier in the week. This will leave them only in Biz jets.

manqiangrexue said:
He did not say the real deal; he said for real. Like I can't even believe a real person can contradict himself so badly in such a short time.
Click to expand...

Yes, many apologies. My brain isn't working 100% at the moment. Sorry,
C

This man is for real guys LOL
Click to expand...

This man is unreal. Full of contradictions. Smarten from the Huawei saga? At lease he is right with this statement : 'That will only mean that orders will go to someplace else".
S

PiSigma said:
Nortel failed because of the Dotcom bubble burst that exposed their cooked books. Blackberry didn't go the full screen route, which ironically is why they are loved by business users. But that means less personal users. Bombardier is simply inefficient (or corrupt).

There are plenty of other big Canadian brands that are still around and growing like arcteryx and Lululemon, sure they are in clothing and not high tech, but instantpot is Canadian!
Click to expand...

There is Shopify if you want a tech company.

Instant Brands already got purchased!
Please, Log in or Register to view URLs content!
Instant Brands is a prime example of the small scale I was talking about. Instant Pot is an incredibly popular brand, but really just punching way above it's weight against billion dollar giants in the small kitchen appliances marketplace.

TerraN_EmpirE said:
Why did they fail? The IPhone revolution. They kept making the same devices with only minor improvements for years. Perfect for professionals but then came the IPhone offering a device for both the professional and the average user.
It’s like asking why did the word processor fail in the long run? If you have a product that offers the same capacity and then a whole lot more at a price point on par what reason is their to keep buying?

the company was already on the rocks when a tone of bad news came calling from High profile hacks due to poor IT security ranging from claimed ZTE to Wikileaks. Cooking the books and basically having the company sustained by bailout. CRRC that’s your answer. The Bombardier company has been in transition to the business jet arena now for a while.
CRRC Massachusetts opened a assembly plant not 20 miles from my front door last September. You have a Canadian train maker trying to compete at best as third place against a French Train maker and oh yeah the worlds largest train maker who happens to be a Chinese State Owned Enterprise... is it any wonder they decided to offer up that side to the French maker?
Click to expand...

Not that I don't agree with your assessment of why these companies failed. But it must be more than the reasons you stated. Because these companies were very sucessful compaines. Even world leaders. Leading the world at one time or other. That's a considerable advantage!

Take Blackberry. It was a must-have phone back in the noughties. It was the must-have phones for all business exce. With this lead, they rest on their laurels and ended up being overtaken by other, more innovative companies. Why?

supersnoop said:
Simple answer, Canada is a small country with a lot of protectionist tendencies. Either companies fail because they can't compete, or they get bought out because it's easy for American companies to throw money to buy Canadian companies because they are often small in scale and their is less cultural and geographical friction (vs. buying out a company in Europe)


Man, Nortel bugs the heck out of me. Even today in Canada, some newspaper will trot out some opinion piece by a former exec or some other troglodyte who claims Huawei/ZTE killed Nortel by hacking or IP theft while totally leaving out the cooking of the books which is what really made Nortel radioactive.

Back to the train side. They were also hampered by awful quality control. Recent deliveries to MTA, and Canadian transit operators were all hampered by quality issues. These aren't high tech pieces of equipment like C-Series, just basic trainsets. If you can't even get those right and on-time, what hope is there?
Click to expand...

I think your analysis is probably closer to the truth than Terran's.

PiSigma said:
Actually Canadian federal government supports Quebec more than any other province (they get over 50% of transfer payments for quarter of population) because their votes make or break a federal election. Rest of country don't care for Quebec at all.
Click to expand...

Yes, that's what I meany when I said there's not a lot of love lost! As you put it, the rest of the country don't care for Quebec!

Registered Member
Well, guys here you have it.

US designated 5 news outlet as Chinese missions. So much for free speech! Talk about 1984 in reverse! Censorship at its best!

As Fu Ying asked of Pelosy earlier, "is democracy so fragile"? 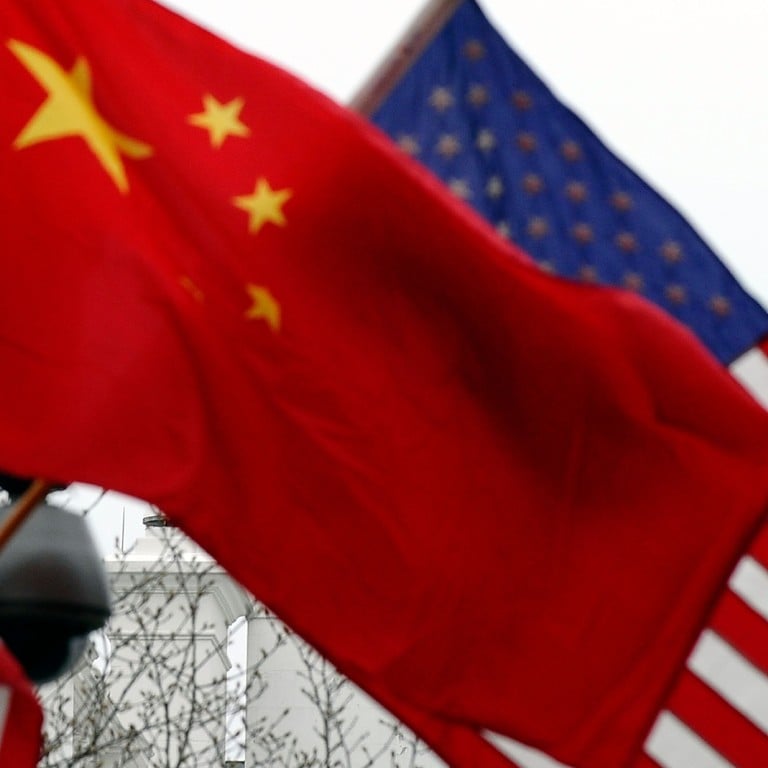 (Bloomberg) -- In a high-tech twist on hammering pickets into the ground, the U.S. State Department has launched an online tool aimed at staking America’s claim to many of the world’s rare-earth minerals.
The U.S. has become increasingly concerned about securing a stable supply of critical minerals used in car batteries, solar panels and wind turbines. Many of those resources are located in emerging markets that may be seen as too risky by American investors looking for “best-in-class” standards.
That raises the potential for “two really bad outcomes,” Francis Fannon, the U.S. assistant secretary of state for energy resources, said in an interview. “Either the world will not get the minerals it needs in order to fuel energy transition technologies,” or “that investment would only come from those who are less concerned about governance issues, transparency, corruption, environmental standards and best practices.”
The new initiative is designed to address these problems by giving countries with nascent resource industries an online “toolkit” to help them develop assets in a way that will allow them to meet the standards of U.S. investors.
Fannon made the comments ahead of the annual convention of the Prospectors & Developers Association of Canada in Toronto, at which the online toolkit is being launched.
By 2050, as much as 24% of the world’s electricity will be used to power electric cars, and solar and wind energy will provide almost half the world’s electricity, BloombergNEF predicts. Many of the minerals required for decarbonization are used in other high-demand products, including smartphones. As just one example, BNEF forecasts nickel demand from lithium-ion batteries alone will grow 15.6 times between 2018 and 2030.
READ MORE: Critical Metals: Demand Uncertainty and Supply Anxiety
China, which already produces roughly 70% of the world’s rare earth minerals, supplied about 80% of America’s rare earth imports in the three years ended 2018, according to the U.S. Geological Survey. State-owned Chinese companies have also been active buying up critical mineral deposits outside the country.
“Africa is a huge continent for a lot of these critical minerals and the Chinese have been making heavy advances in that area, offering support and offering investment,” Colin Hamilton, managing director of commodities research at BMO Capital Markets, said last week on the sidelines of a conference in Florida. Meanwhile, coronavirus has “crystallized” America’s determination to diversify its supply chain of key materials and products, he said.
Last year, the State Department’s Bureau of Energy Resources launched an international partnership, the Energy Resources Governance Initiative, to encourage responsible mining of key minerals.
The website is the latest part of that initiative. Founding member countries with track records for responsible development, including Canada, will share strategies and tips with other nations on project development, production and stewardship, Fannon said. The website includes specific information such as how to create data management systems to quantify a mineral resource, and complex “decision trees” to weigh the costs and benefits of different approaches.
In 2017, U.S. President Donald Trump signed an executive order seeking to protect America from supply disruptions in critical minerals, saying such disruptions represent “a strategic vulnerability” to the country’s security and prosperity. ERGI has identified 17 rare earth elements and 14 minerals, including copper, lithium and uranium, that are seen as essential for renewable energy equipment and infrastructure.
At the height of the trade war between the two countries, China suggested it could restrict the export of some rare earth minerals. Those concerns have eased with the signing of a phase-one trade deal, but Trump remains determined to ramp up domestic production and form partnerships with other countries to secure supply. American production rose 44% last year.

“We know that reliance on one country for anything, or any one source, exposes all customers to a risky supply chain, if there were a supply disruption of any type,” Fannon said. “The Earth’s crust is blessed with good rocks everywhere. It’s what’s above the ground that will help determine whether a U.S. firm -- a best-in-class company -- will invest in that country.”
Click to expand...