Jura said:
on top of us.cnn.com right now is

I don't understand how a tropical jungle can burn on a large scale, but for me it's too sad to even read about it
Click to expand...

There are droughts in tropical rainforests too.
D

Jura said:
on top of us.cnn.com right now is

I don't understand how a tropical jungle can burn on a large scale, but for me it's too sad to even read about it
Click to expand...

The rainforest burns are happening within the normal range. In fact, this year the amount is slightly below the historical average. 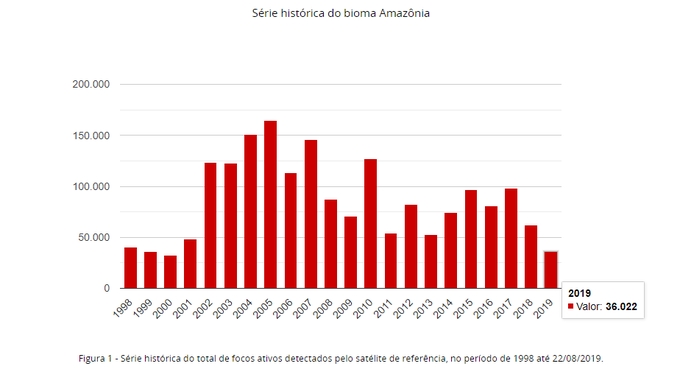 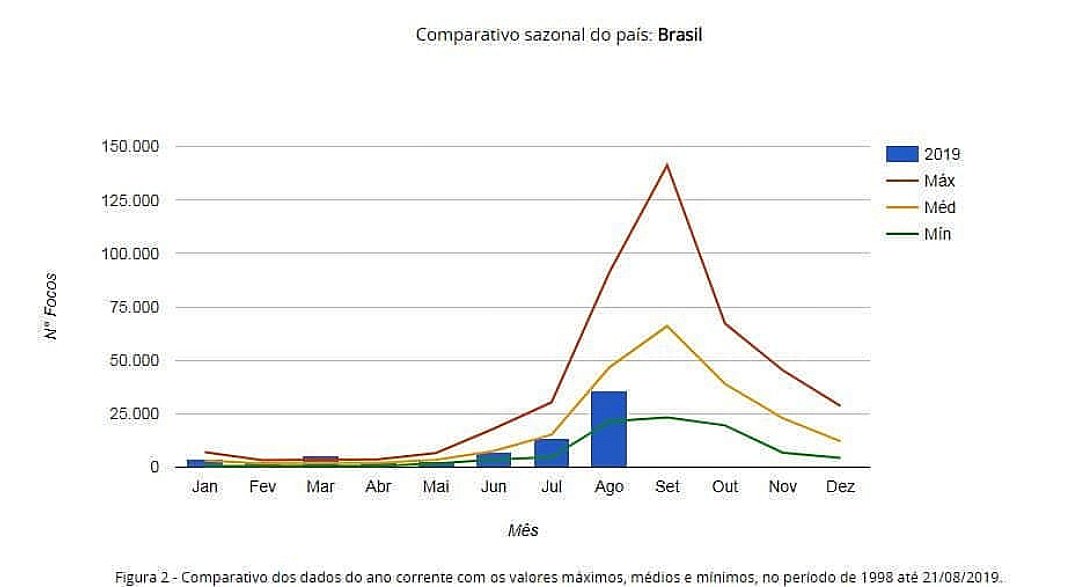 During this period, every year, is conducting burned to the ground preparation for the new planting. Most of these fire outbreaks occur on already arable land, another part is due to the dry season and a minor part is arson.

The vast majority of images circulating on social networks are fake. Either occurred elsewhere or are from previous years. See this post:

siegecrossbow said:
There are droughts in tropical rainforests too.
Click to expand...

well I knew there should be four seasons even on the Equator, but I wouldn't know how something like this is possible (it's from a tweet posted by a member right above) I mean the forest doesn't appear to be "dry": 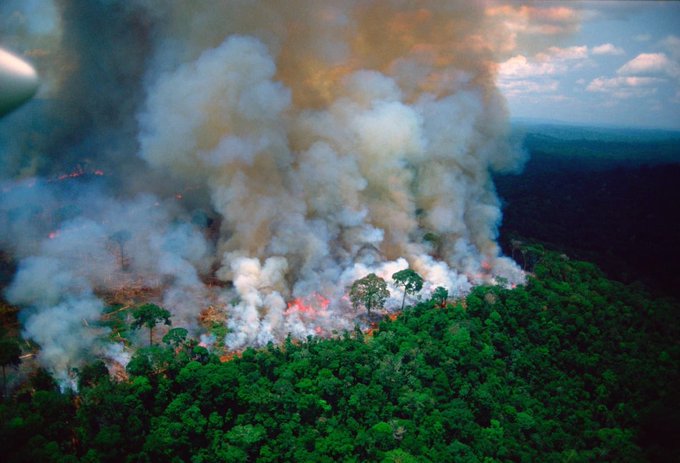 Jura said:
well I knew there should be four seasons even on the Equator,
Click to expand...

Large scale deforestation burning is common due to commercial reasons. It happens every year in Indonesia and the neighbouring countries will complain because of the large scale smog. It is an annual ritual and in some years it might make international headlines because of the scale.

how do I put it, when I was a kid I was keen on Geography so I heard typically there're two minima and two maxima on the Equator: 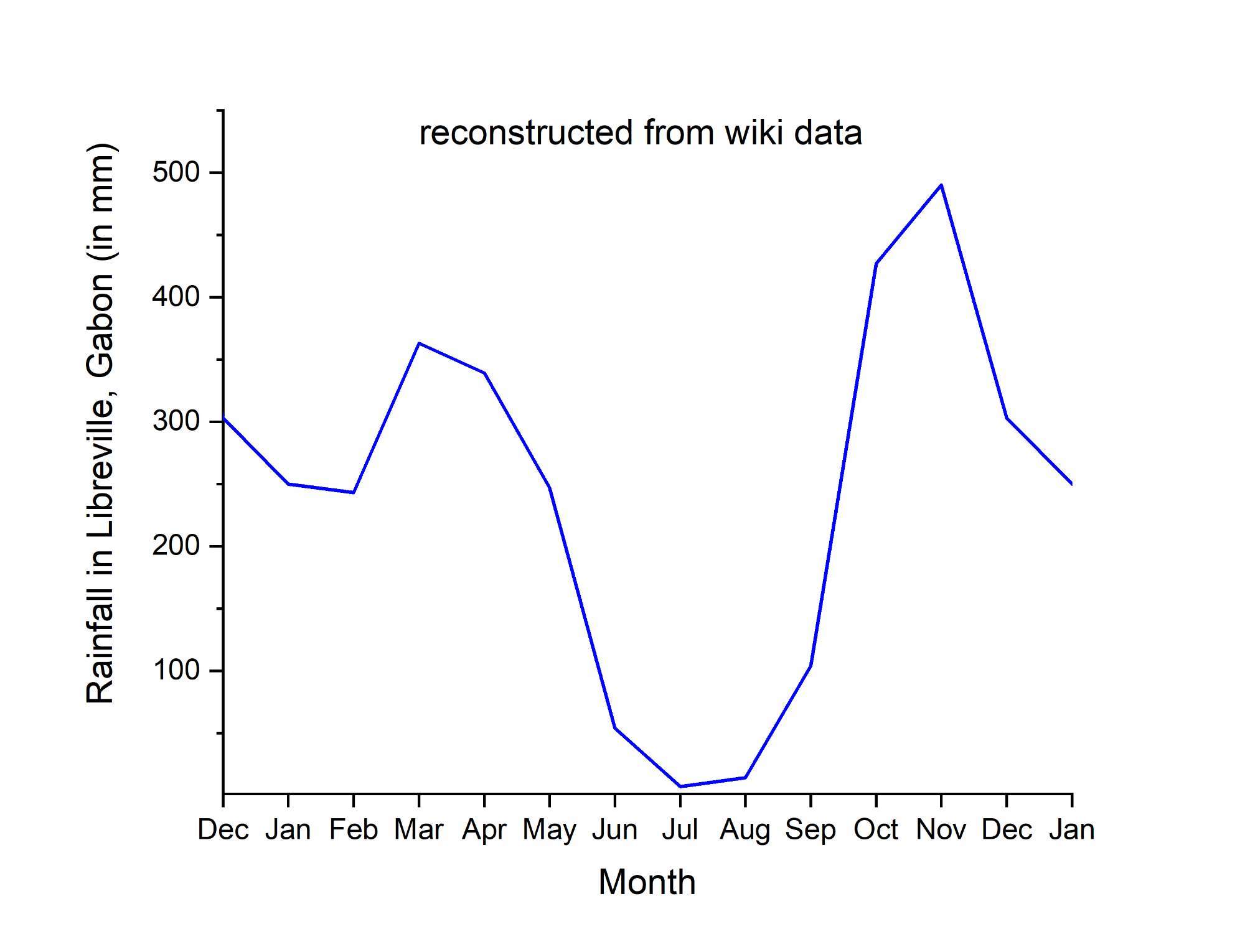 now, I took that place in Gabon because it's in
Please, Log in or Register to view URLs content!

and what's more important is the function might be different for where you had lived;

just wanted to finish here so that it couldn't look like as if I had thought there were Spring, Summer, Fall and Winter on the Equator, LOL

It's official, straight from the horses mouth. Xi is now the enemy of America!
And Trump is "ordering" US companies not to buy from China and move all production back from China! Lol

This is not just a "BLINK" anymore!
S

Registered Member
Please, Log in or Register to view URLs content!
i suspect Trump Clan is doing sort of "insider trading" with his stupid tweets since their effects on us and globat stock markets

I too have suspected such insider dealings, but...is Trump really that stupid? Or that smart?

With the next election already actively being campaigned over, anyone remotely related to Trump would be under the microscope.

Any significant stock market wins where they bet against the market just before a Trump tweet would stick out like a sore thumb.

For it to not flag would either involve meaninglessly small amounts; or would take sophistication that Trump has not remotely demonstrated.

These lies seems to just be second nature to Trump, where he just says what he things will get him benefits in the moment irrespective of whether it’s true or not.

And like any gambler, Trump would only remember the very few times where he made such a ‘gamble’, and either fluked it; or what he made up off the cuff was acceptable to the other side and they just went with it.

I think these random lies and heavy handed moves are less to do with market manipulation, and more about his 2020 hopes and dreams.

The more extreme the move, the more Trump is trying to apply pressure; which in turn reveals that Trump is feeling the pressure from the current score.

A trade war isn’t like a real war; the side that hits hardest isn’t necessarily winning.

Remember that it is your own importers and customers who are paying most if not all of these ever increasing tariffs until they can change suppliers or shift production.

None of that is easy or quick to do even if people and businesses decide to switch immediately, which few would; and many simply could not.

In the meantime, it is Americans who are paying money out of their pockets to pay for those tariffs.

On the macro level, China is rapidly transitioning its own economy from export oriented to domestic consumption; which will take up significant amount of its exports to the US. In addition, China’s belt and road is all about creating brand new markets for its business. Where is America’s version of belt and road to create new suppliers?

As pretty much ever independent analyst is saying, Trump is outright loosing the trade war; these latest steps are just him throwing out the preverbal kitchen sink.

As I said before, expect more similar desperate measures; but they will not be enough to change how the trade war is going.
A

styx said:
Please, Log in or Register to view URLs content!
i suspect Trump Clan is doing sort of "insider trading" with his stupid tweets since their effects on us and globat stock markets
Click to expand...

they would make billions $, perhaps to fund his campaign in 2020