bd popeye said:
In what way? What absolute 100% proof do you have? Thank you.
Click to expand...

He did not say he had evidence or that it must be so; he said, "I wouldn't put it past the US..." which means given America's track record of fomenting unrest in foreign countries (ie. supporting Iranian opposition groups, inciting street protests
Please, Log in or Register to view URLs content!
), it would not be a surprise if they had something to do with this as well.


LANGLEY, VA—Admitting that the organization had erroneously rushed to judgment in response to an unimaginable tragedy, CIA director Gina Haspel issued a posthumous apology Wednesday to the family of Osama bin Laden in light of new evidence which conclusively clears the former Al Qaeda leader of any involvement whatsoever in the 9/11 attacks.

“The U.S. Central Intelligence Agency extends its most sincere and heartfelt apologies not only to Mr. bin Laden, but also to his grieving family and the many friends who stood by his side,” said an emotional Haspel, acknowledging for the first time that the CIA had based its entire 9/11 investigation on the testimony of a single, questionably reliable eyewitness who later recanted.

“Our organization acted in haste and without full knowledge, and in doing so, took the life of a loving husband, father, businessman, and highly effective community organizer. We understand there is nothing we can do or say will bring Osama back, but we hope the bin Laden family will accept restitution of $18 million in recognition of their pain and suffering. No one deserves to endure what you have been through.

” Haspel further confirmed that the agency was now operating under the assumption that Zacarias Moussaoui acted alone in perpetrating the events of 9/11.

I hope you know, that "The Onion" is a satirical News site.

8 min ago
Protesters dig up bricks from the road 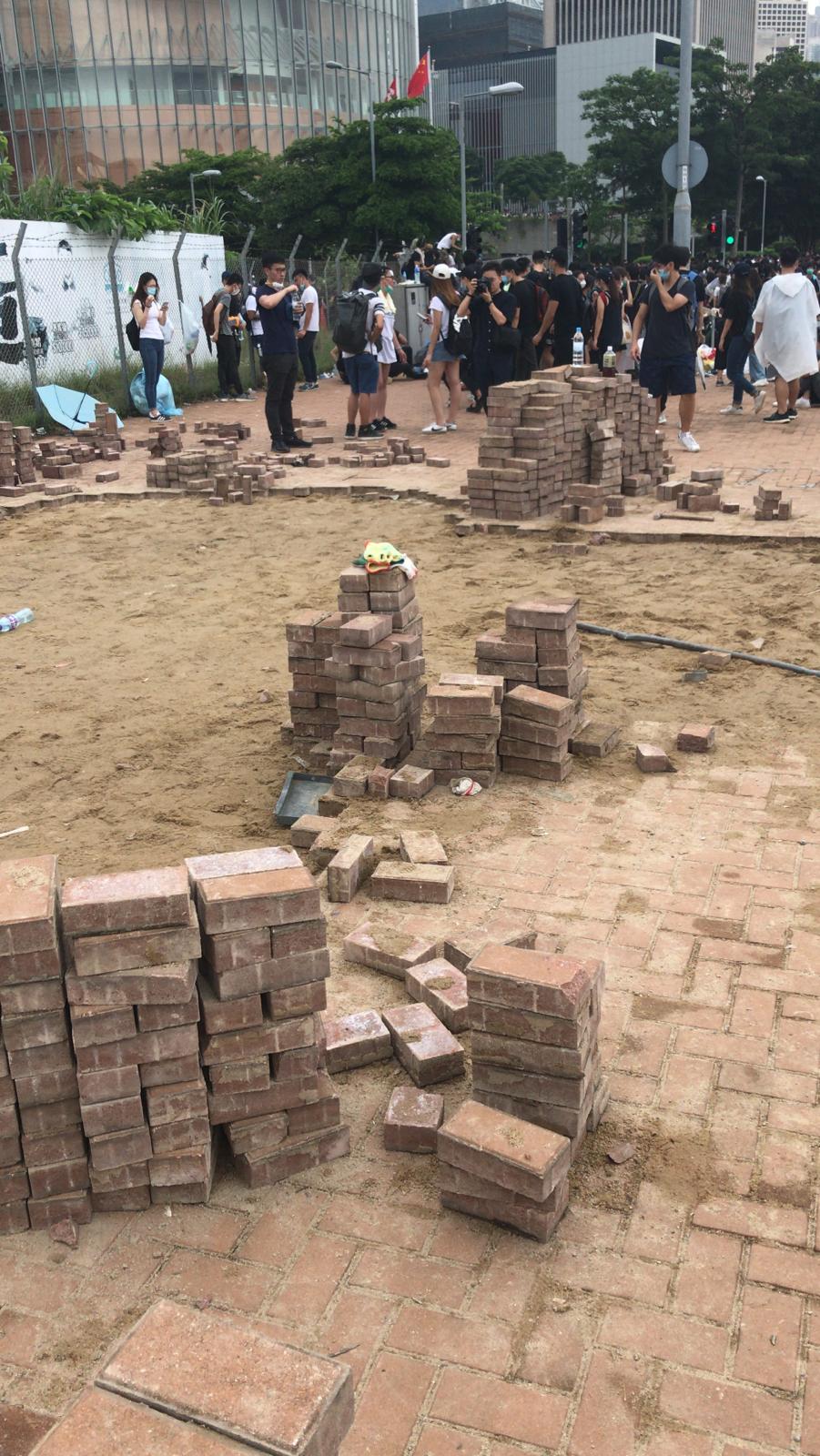 8 min ago
Protesters dig up bricks from the road

Violent uncivilized thugs. This is how you know your society is too lax: people think they can cause all sorts of damage and engage in illegal activity in broad daylight right in front of the police without fear of repercussion.

Yes and it's perfectly all right for the US to get Canada to arrest and extradite people to the US... More hypocrisy as usual.

... back from work now; the same link

58 min ago
President Trump on Hong Kong protests: "I hope they’ll be able to work it out with China"

President Donald Trump said Wednesday that he hopes things work out between the Chinese central government and Hong Kong demonstrators protesting changes to an extradition bill.

At least 72 people have been injured in Hong Kong protests over the bill.

The proposed law would allow Hong Kong to extradite fugitives to territories where it doesn't have formal extradition deals, including mainland China, Taiwan and Macau.

Opponents of the bill say it could mean democracy activists, journalists and foreign business owners could be surrendered to mainland China.
Click to expand...

The discussion, originally planned to continue on Wednesday at the Legislative Council (LegCo) of HKSAR, has to suspend due to roads near the LegCo building blocked by protesters.

Cheung Kin-chung, Chief Secretary for Administration of the HKSAR government, in a video, urging people blocking the roads to return to the pavements and allow the traffic to resume. He called for the public to stay calm, restrained and leave the site as soon as possible, and not to commit any crimes.

He reiterated that the bill proposed only targets fugitives who have committed serious crimes and not law-abiding people. The HKSAR government will safeguard and protect the rights and interests of the public.

The Fugitive Offenders & Mutual Legal Assistance in Criminal Matters Legislation (Amendment) Bill was tabled by the HKSAR government at the LegCo in April. The bill proposed to enable Hong Kong to conduct case-based cooperation with jurisdictions that have no effective long-term arrangement with Hong Kong on juridical assistance in criminal matters.

The HKSAR government emphasized many times that amendments to the two ordinances aim at solving two "practical problems" - to deal with a 2018 homicide case that happened in China's Taiwan but involves a Hong Kong suspect who has returned to Hong Kong; and to fill loophole in HKSAR's existing legal framework concerning mutual legal assistance in criminal matters.

The passing of the amendments will protect the law-abiding general public in the HKSAR and business activities from the threat of crime and be conducive to the business environment in the HKSAR, the HKSAR government has said."

manqiangrexue said:
Violent uncivilized thugs. This is how you know your society is too lax: people think they can cause all sorts of damage and engage in illegal activity in broad daylight right in front of the police without fear of repercussion.
Click to expand...

Yeah, unbelievable, the western MSM like BBC are all actually reporting this as if the violence is the fault of the authority and the police. Never mind the pile of bricks the protesters are stacking up readied to use, the metal barriers carried readied to use!

And all this they are the faults lie with China. Never mind it was hong kong government bringing it inline with rest of the world. (canada anyone).

I love it when they keeps on about pro- beijing legislator. Never mind under British rule we never get any chioce to even vote for pro-London, or what ever.

AssassinsMace said:
Yes and it's perfectly all right for the US to get Canada to arrest and extradite people to the US... More hypocrisy as usual.
Click to expand...

Did you expect anything different?
You must log in or register to reply here.